In what ended up being kind of fitting for Easter Sunday, we spent the day checking out what Korea was like 1500-2000 years ago by going to the town of Gyeongji, the site of one of the earliest civilizations in Korea.

We'd heard about the Silla empire when we went to the Korean National Museum in Seoul–it was the site of some of the earliest burial mounds and HT was particularly enthralled by the gold and jade burial dress. What was really cool about this museum, though (in addition to yet another excellent Children's Museum), was that they started with the earliest people, showing the evolution from small bands using stone tools, to larger “chief” societies with copper and agriculture, and finally an empire spanning the entire Korean Peninsula by 500AD.

Here's the whole family squeezing in for a selfie in front of a Buddhist bell at the museum: 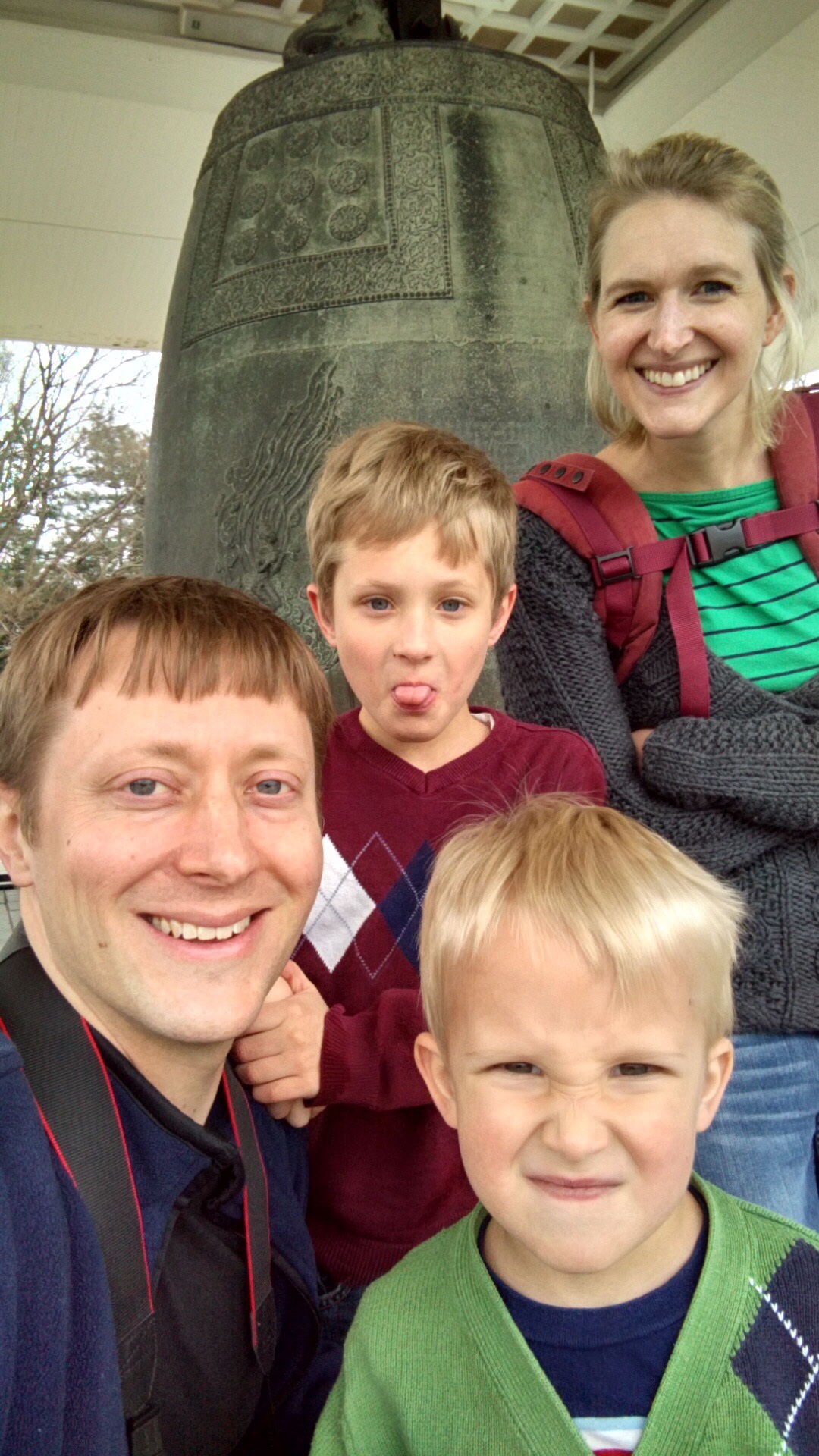 JR hiding on Karen's back. Sometimes you just take the faces they give you

Also fun about the day was the fact that the cherry blossoms were in full bloom, creating a really pretty view just about everywhere we looked: 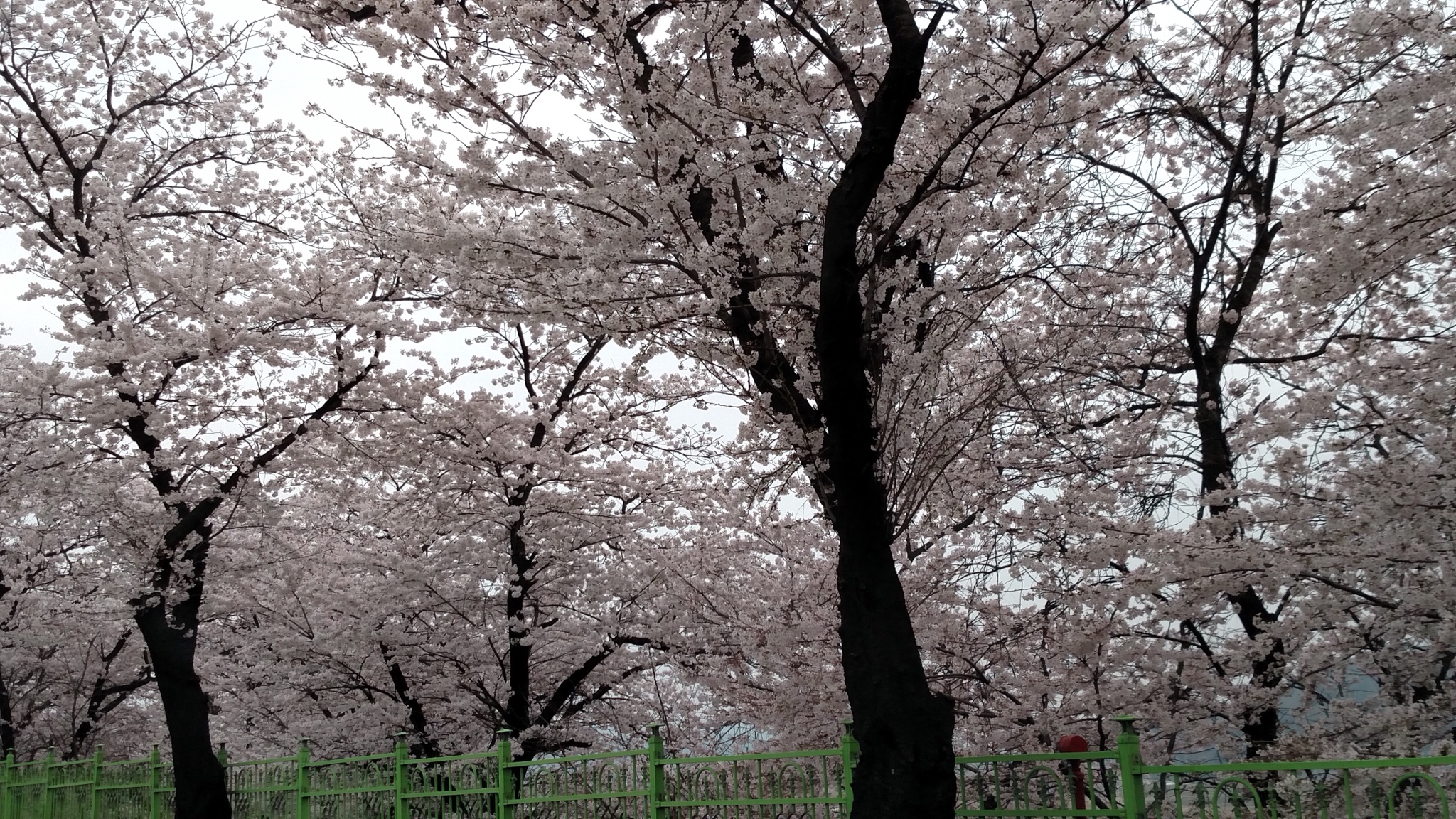 There was a down side to all of this growth, though. As Korea has continued to slowly develop into the fully modern country they are today, they've also developed some of the less happy aspects of civilization. Here was our view for two hours last night as we tried to leave the historic area: 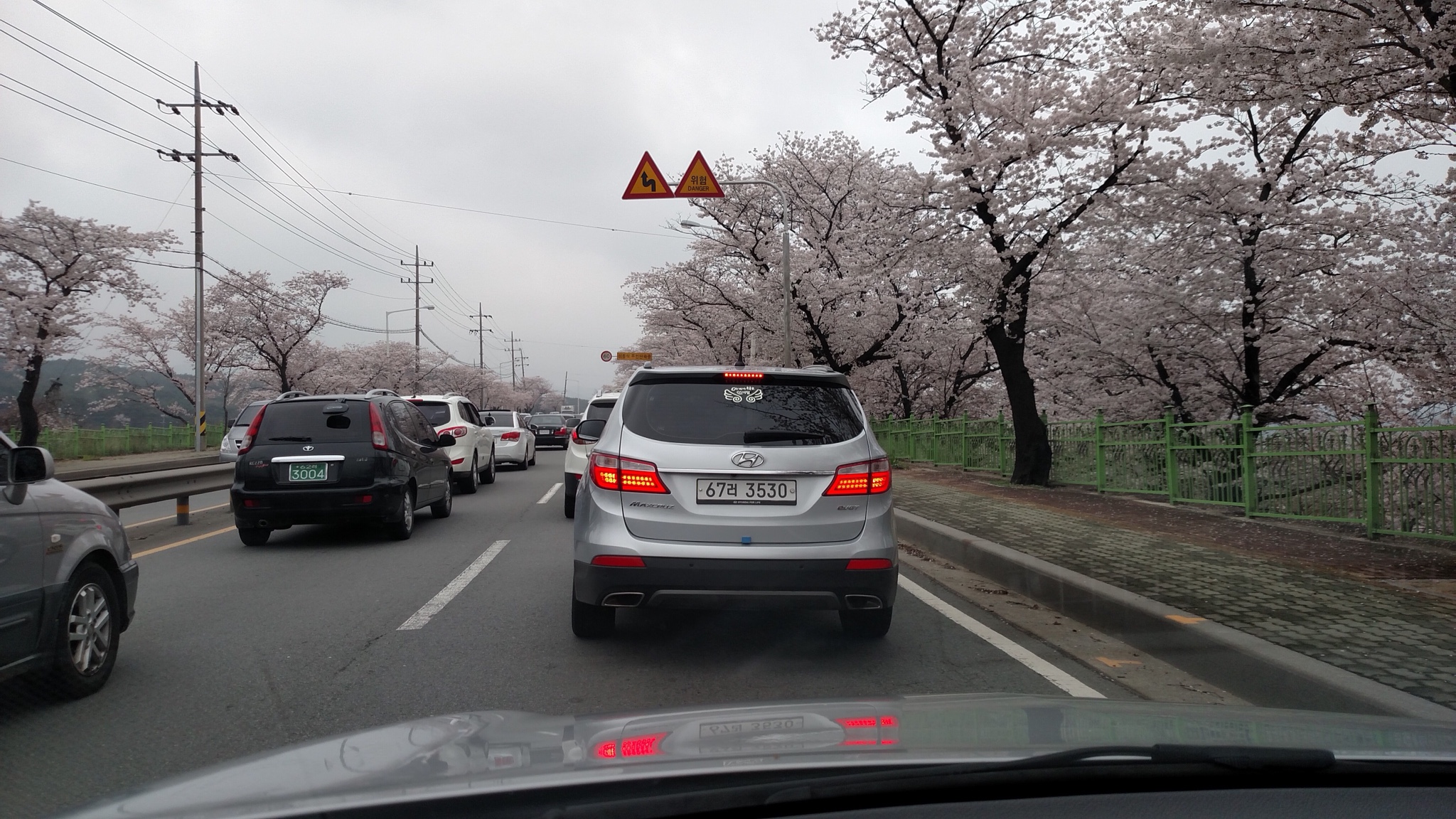 Today and for the next two nights, we're staying in the coastal city of Busan, the second biggest city in Korea. It's raining pretty hard this morning, so we're taking the chance to do laundry and catch the Cardinals silence the Cubs on opening night! 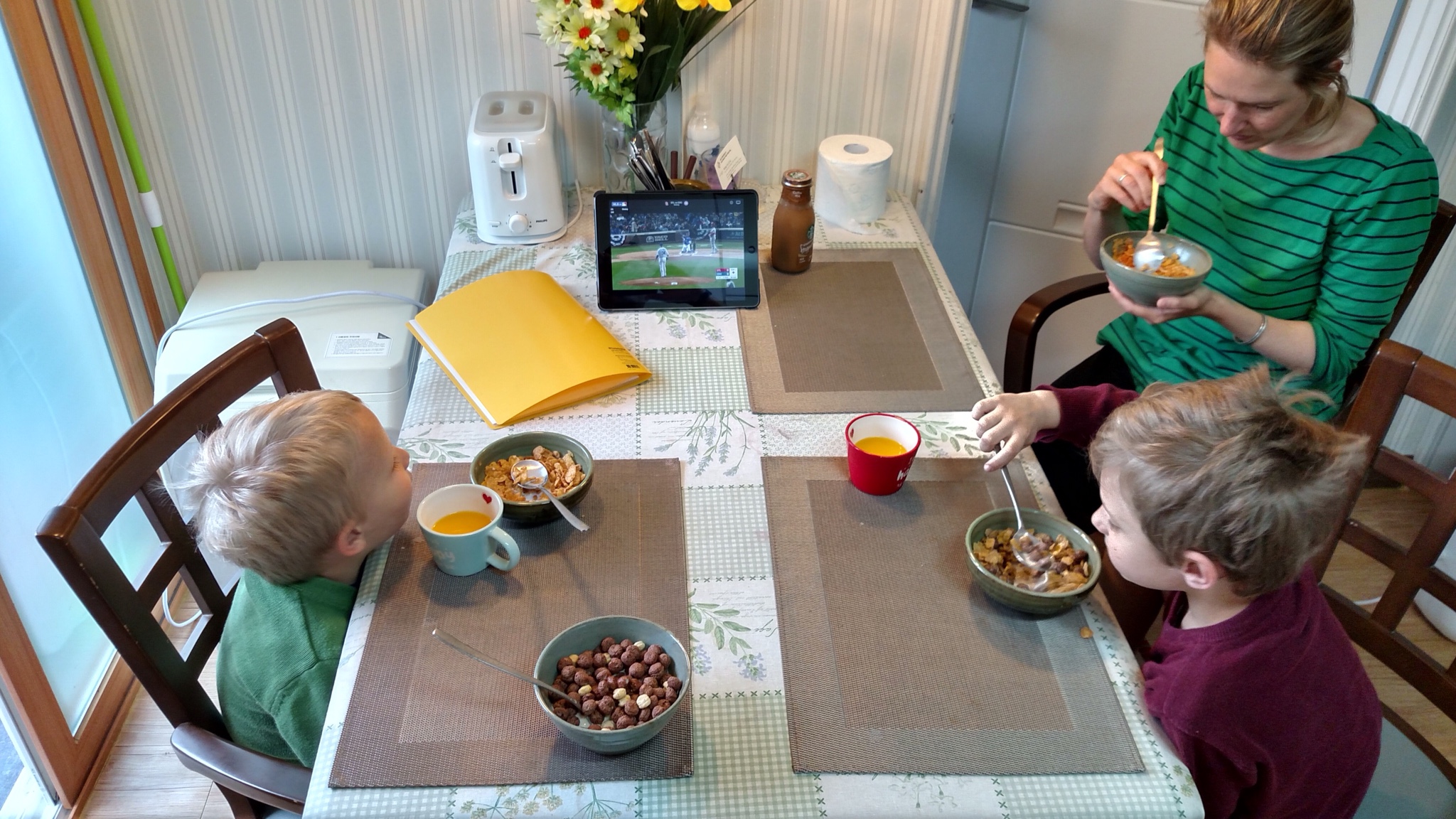 Conversations at a Buddhist Temple