Despite the title, we're not taking up a new religion–we just happened to visit a World Heritage recognized Buddhist Temple, Haein-sa, yesterday. First, though, here's a picture of JR being awesome: 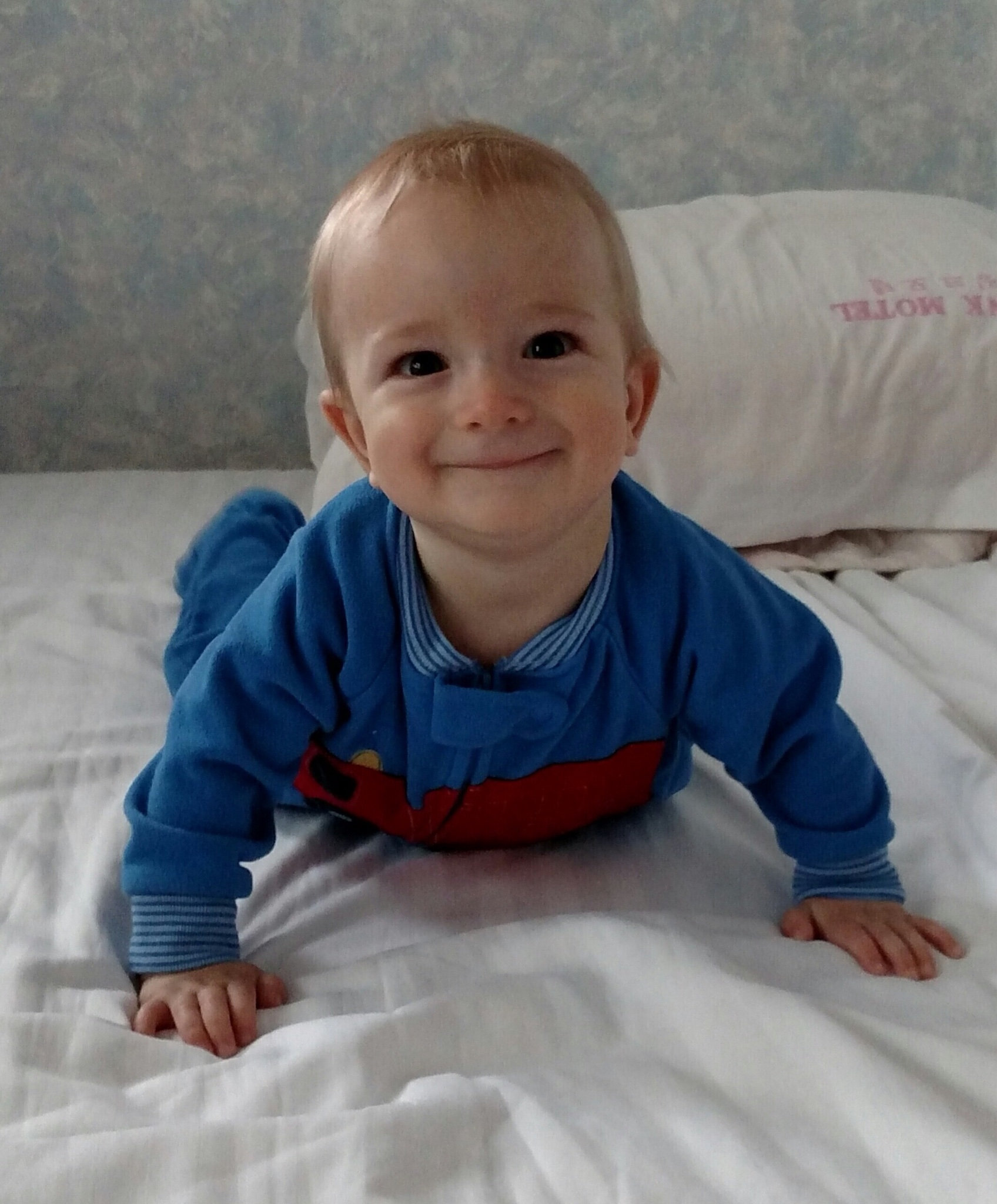 Here he is on our floor-bed at our AirBNB in Daegu. Kind of the opposite of charming, so we were happy to leave, but clean, dry, and warm with 2 bedrooms for $50/night, so we weren't too disappointed.

One nice thing about being tourists as a whole family is the fact that you get a lot of time to talk with your kids and help them learn how to understand the world. CR, for example is really working through the comparative size of things, although he's been coming from some rather unorthodox reference points. For instance, here's what he's established so far:

We're still working on the concept of countries, though. He knows we're in Korea and not Japan, but sometimes asks whether Chicago is in Korea…

He's also really into babies (“because they're so cuyute!”) Here you can see him proudly showing off the baby pine cone and daddy pine he found during our walk to the temple. (A mommy pine cone was found the next day. All have been squirreled into his pockets somehow.) 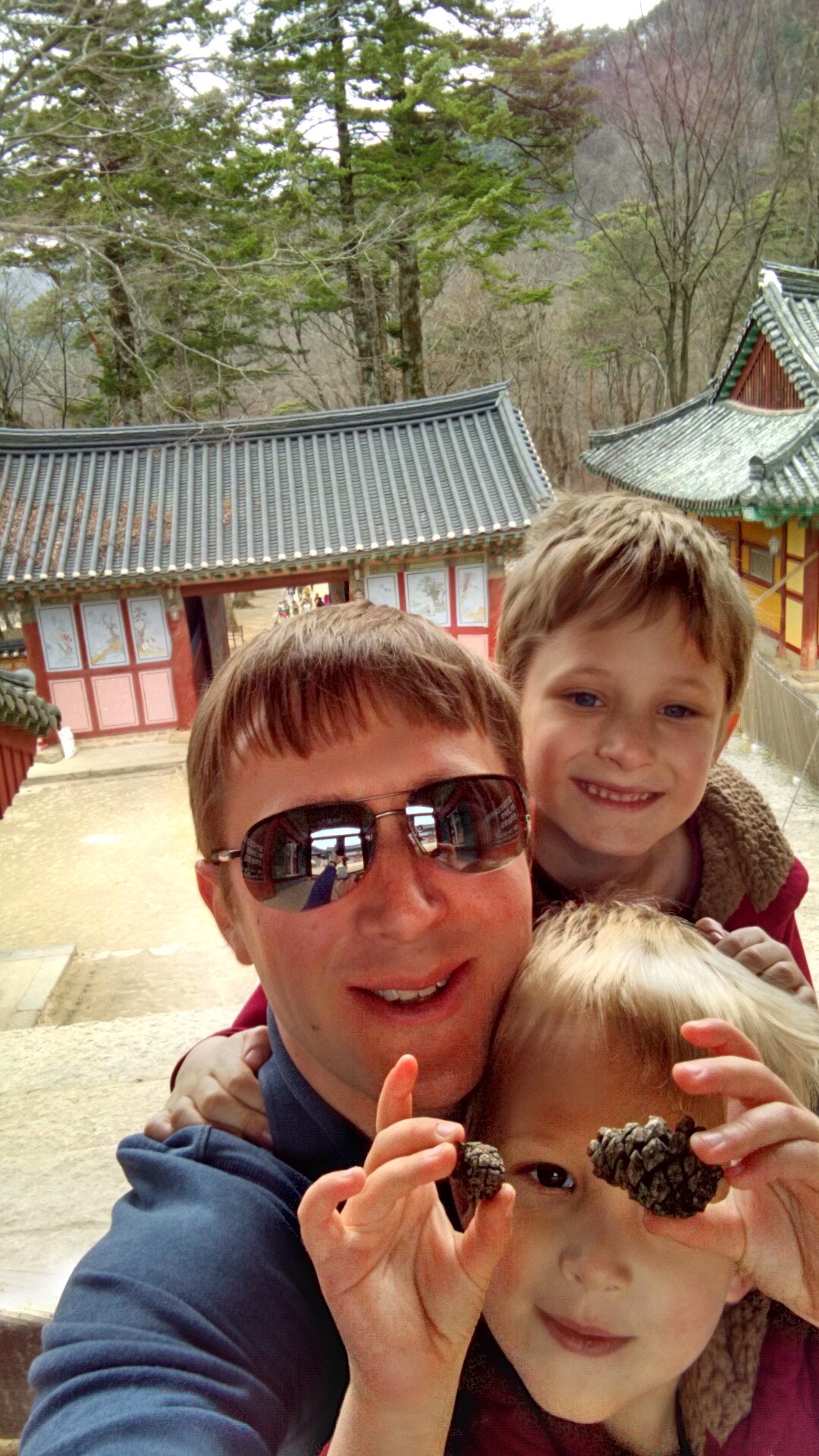 Also, do you know what stops tornados? Mountains stop tornados, but not houses

HT, on the other hand has been really focused on “3rd World” countries, because he used some iPad app that referred to a country as such a month or two ago. When he asked if Korea was “a third world” we then got into the fact Korea is considered a “developed” country now and the better term for what he's asking is “developing country” since the whole 1st, 2nd, and 3rd world taxonomy doesn't make any sense now post-Cold War.

Developing countries are a pretty accessible concept for him, since it's sort of the same framing for countries as he's learning for people at school when they talk about “growth mindsets” (e.g. Afghanistan just hasn't developed a modern economy yet.) That said, the natural next question was why, so we had to then get into a primer on economic growth and international development.

That, of course, led to the question of allocation of resources and determining whether societies are just or not, for which we relied on the concept of the Veil of Ignorance. Then, instead of relying on the old parenting classic, “because, that's why”, I let it keep going into inequality within societies. I'm pretty sure I left it at a point where he's not going to start asking people of they're rich or poor (so he can give poor people his money), but for any friends in Oak Park, advance apologies if he tries to hand over his piggy bank.

All that to say, not the conversation Karen and I thought we were going to have during our pleasant mountain walk. That said, we also had this conversation today: 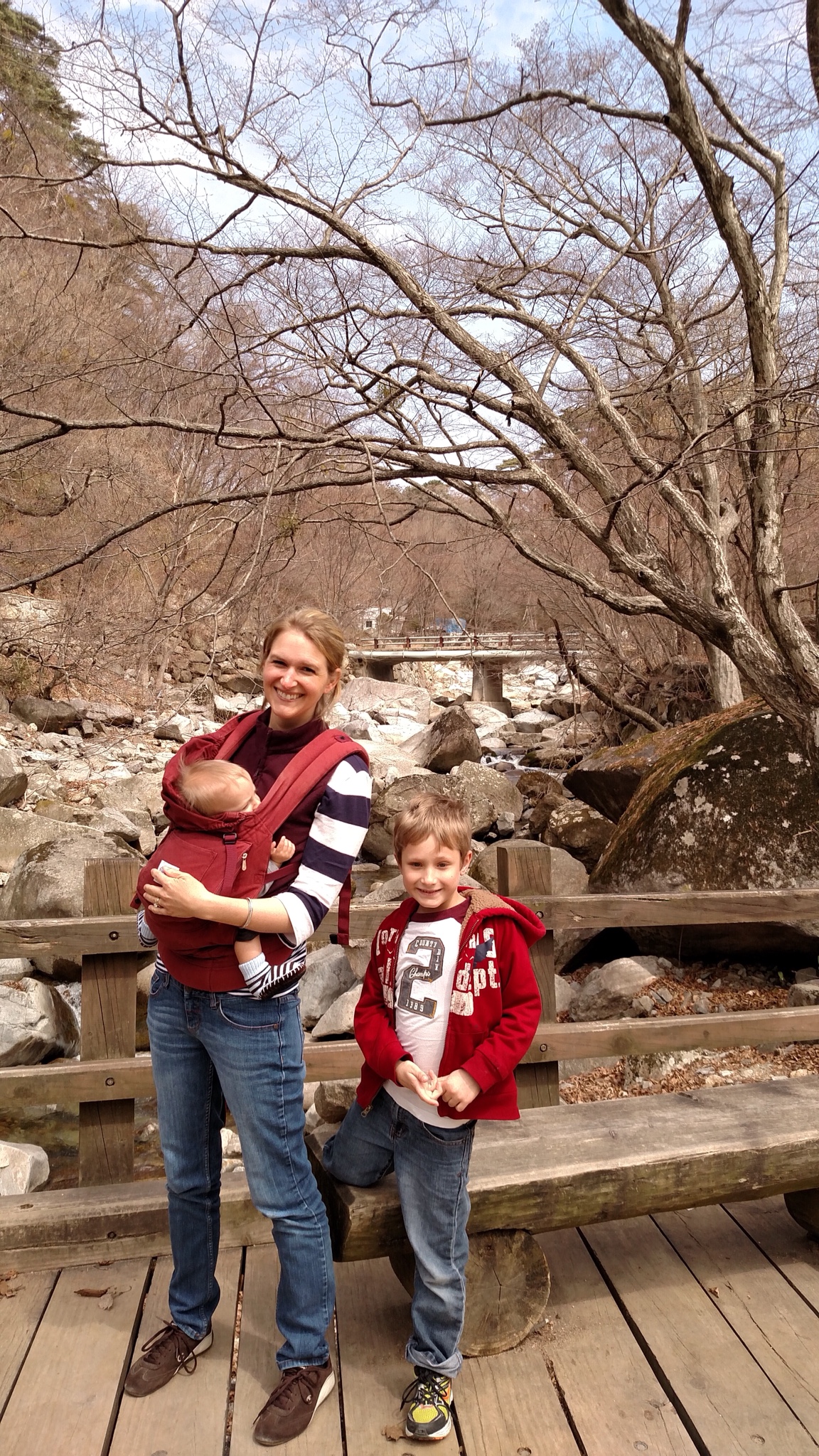 All that said, here are a couple of pictures of the temple: 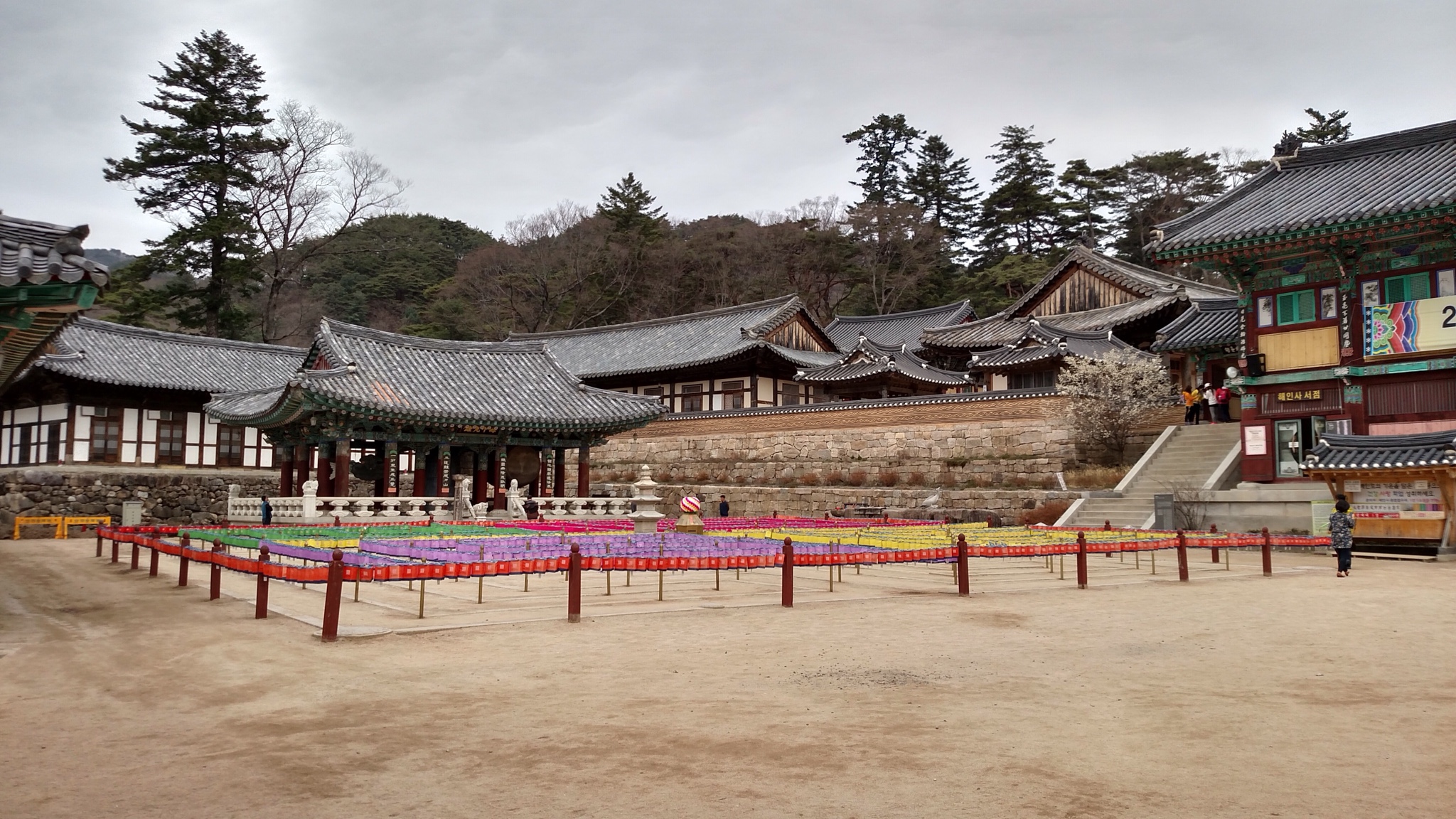 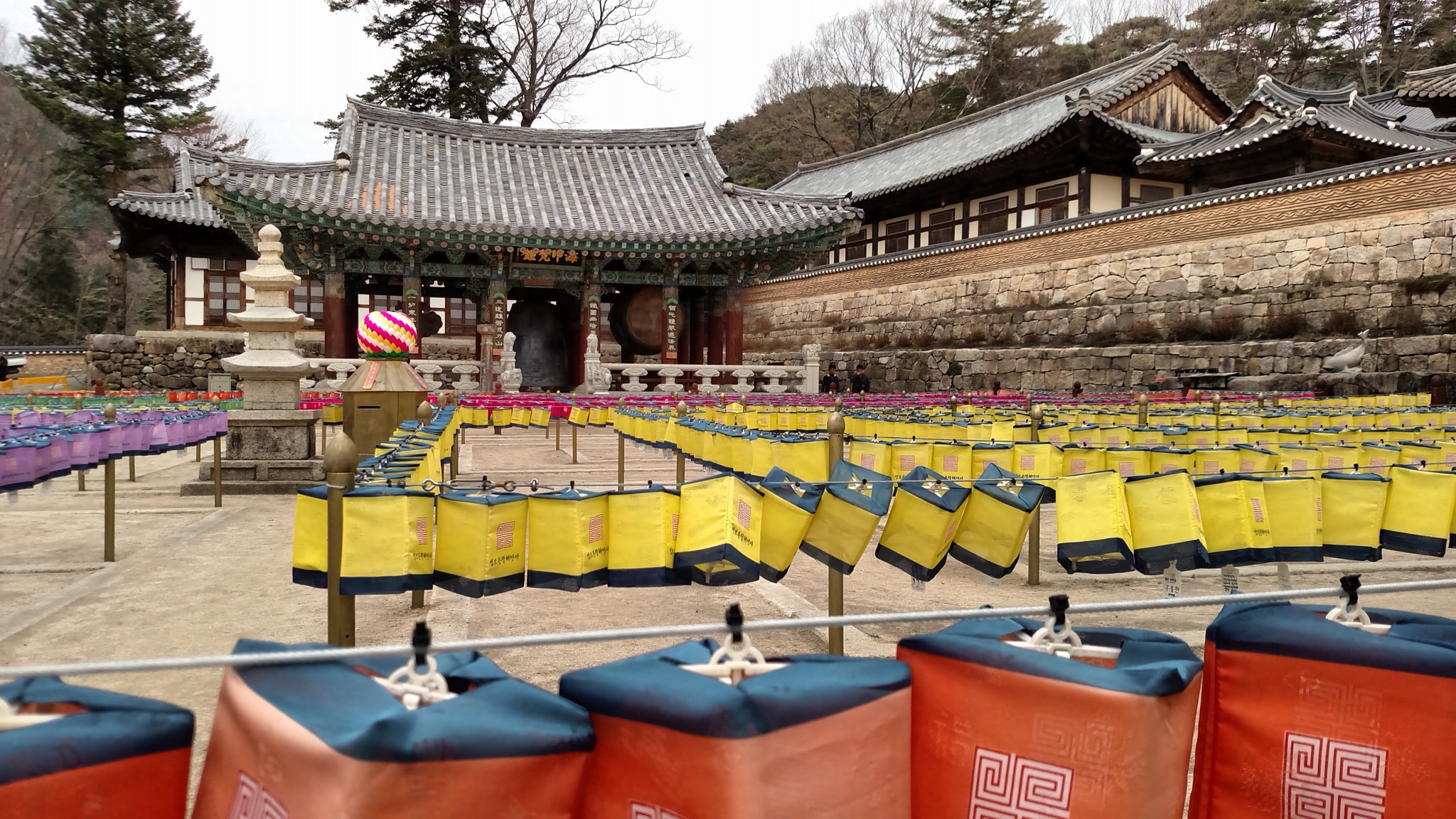 And here's CR digging into some pizza that we had for dinner! (Smaller than Mt. Fuji) 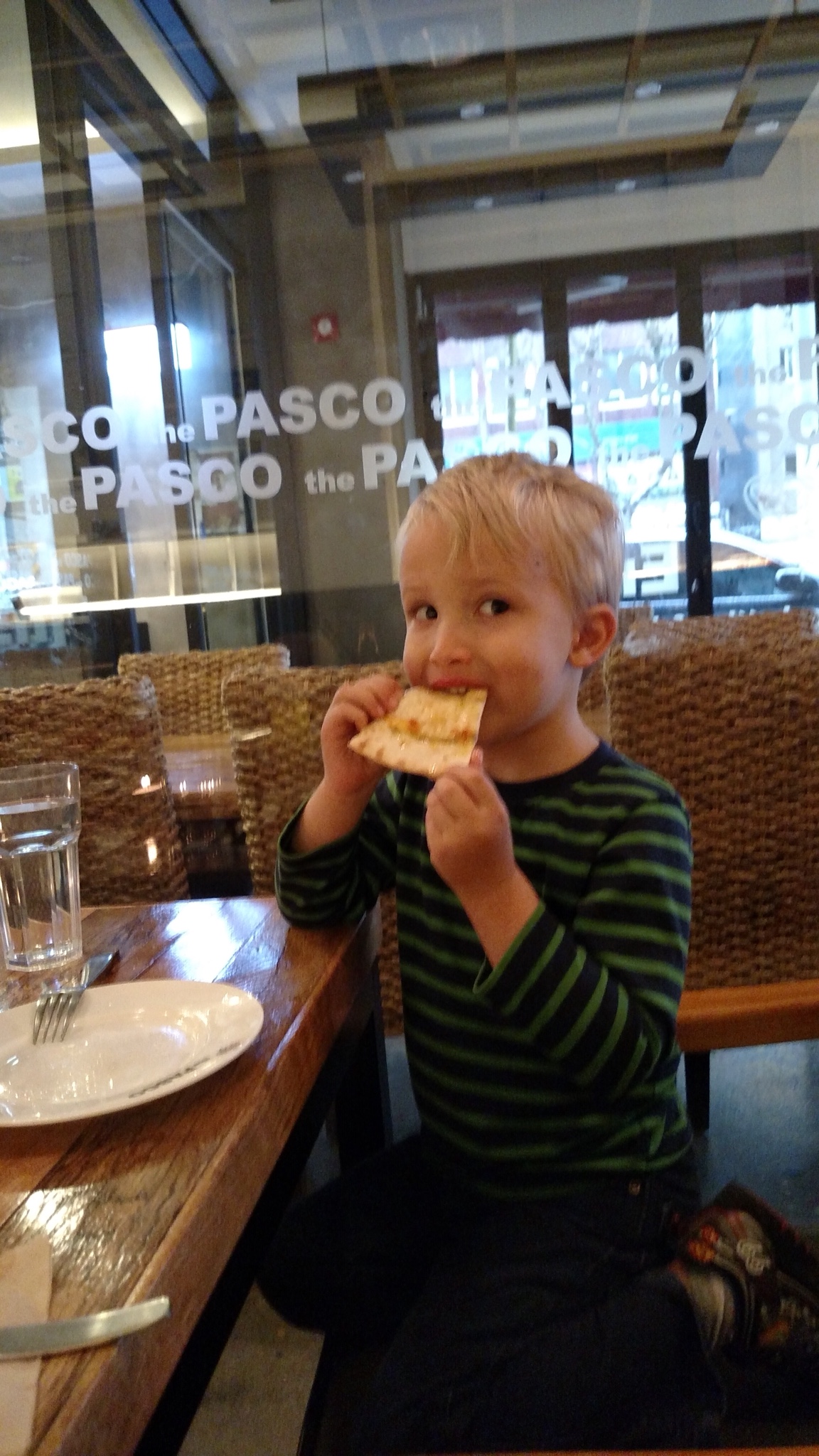 Also smaller than our house