We've had a great time in Seoul, and our final day (day 5) was no exception. We started off at a cool Seoul History Museum to see how this place changed from a sleepy little Capitol to a world city bigger than Chicago. Here are the boys posing as important (carried around) people at the turn of the last century: 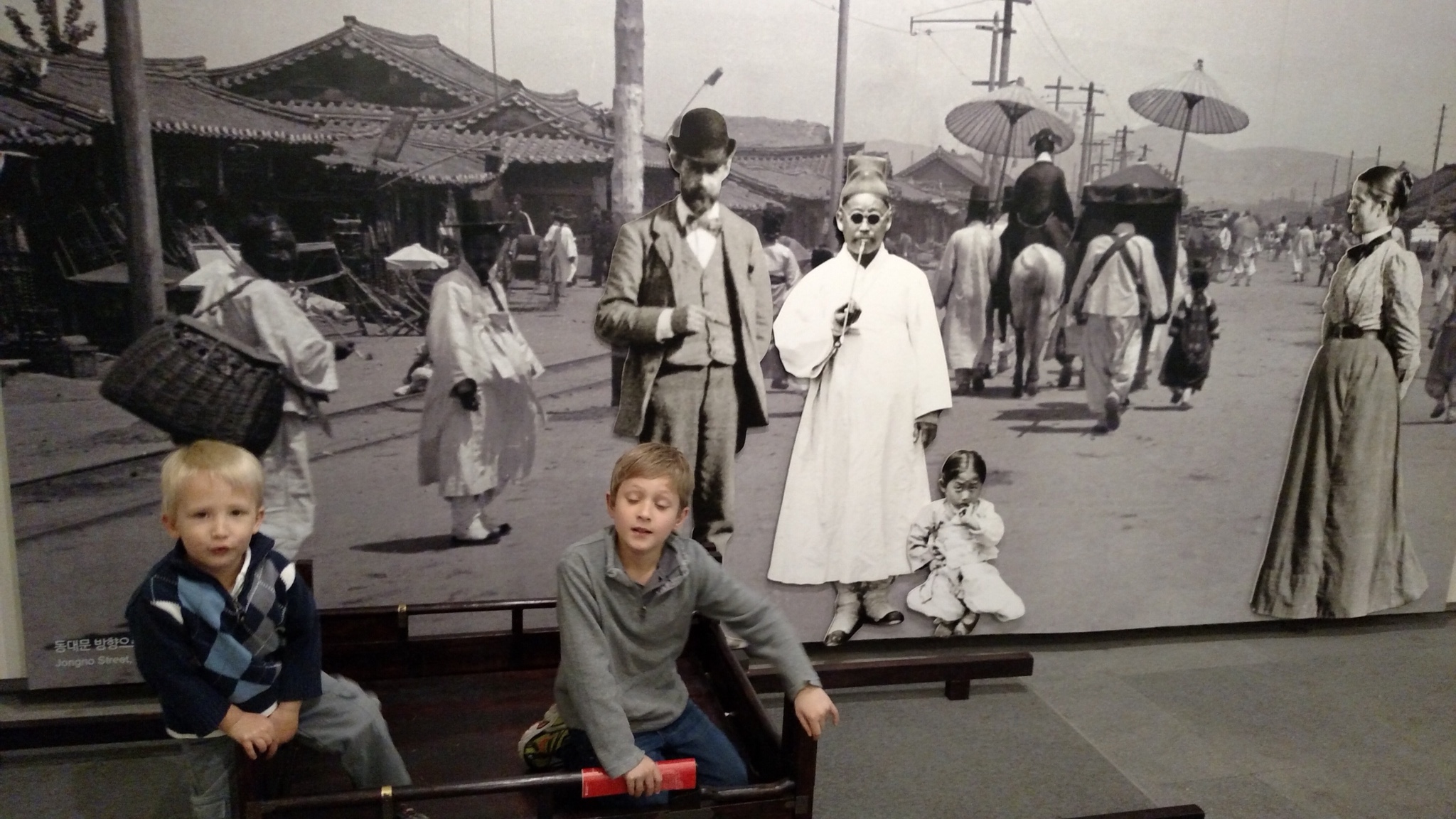 What's most notable about this museum, though is the thing we missed knowing about until it was time to leave–they have a game room for kids where you can leave them while you take your time reading all the fine print in the actual museum. Darn. (If you, dear reader, ever take your kids to Seoul, don't repeat our mistake!)

Afterwards, we decided to repeat the previous night's bulgogi dinner before heading off to a “traditional village”: 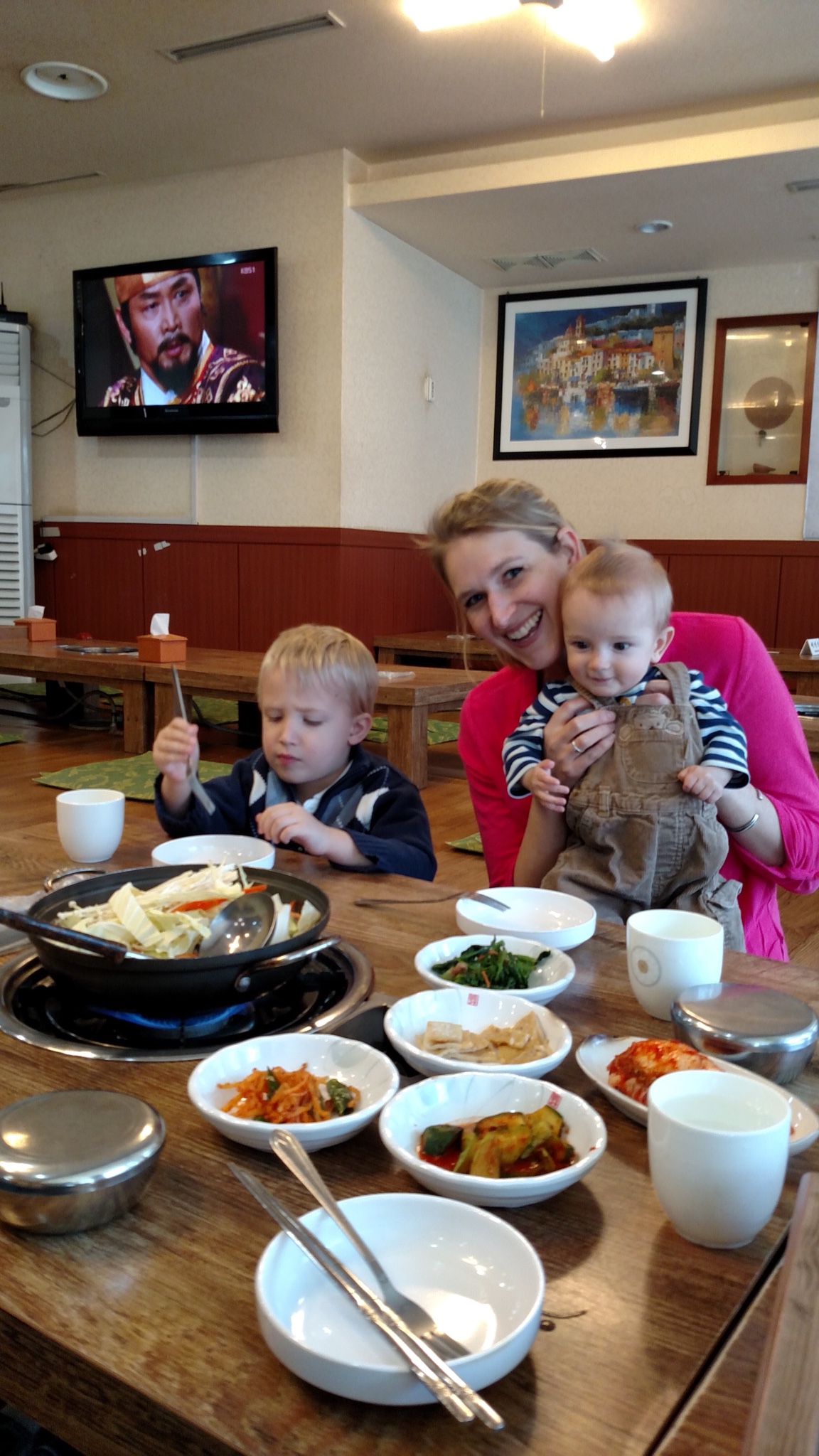 A good deal less fancy and special touristy, but also one third the price

The traditional village was a bit of a bust, mostly populated by Chinese tourists who wanted to take our pictures, but the kids did revisit a favorite activity that they've now pursued on several continents: 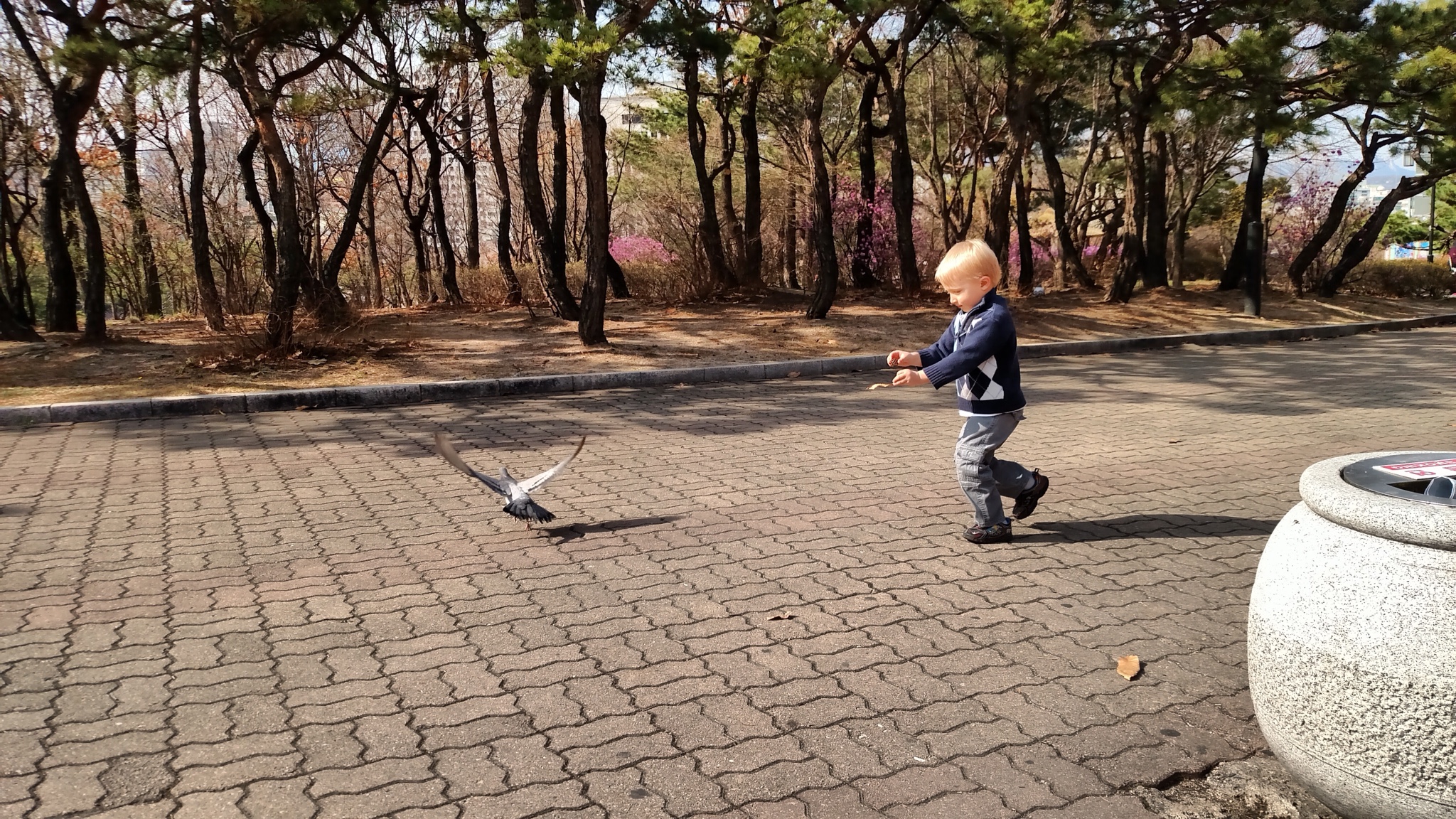 Obviously, they could do this at home. You might have guessed that we're actually traveling because Karen and I want to do it. The kids are kind of incidental to our plans 🙂 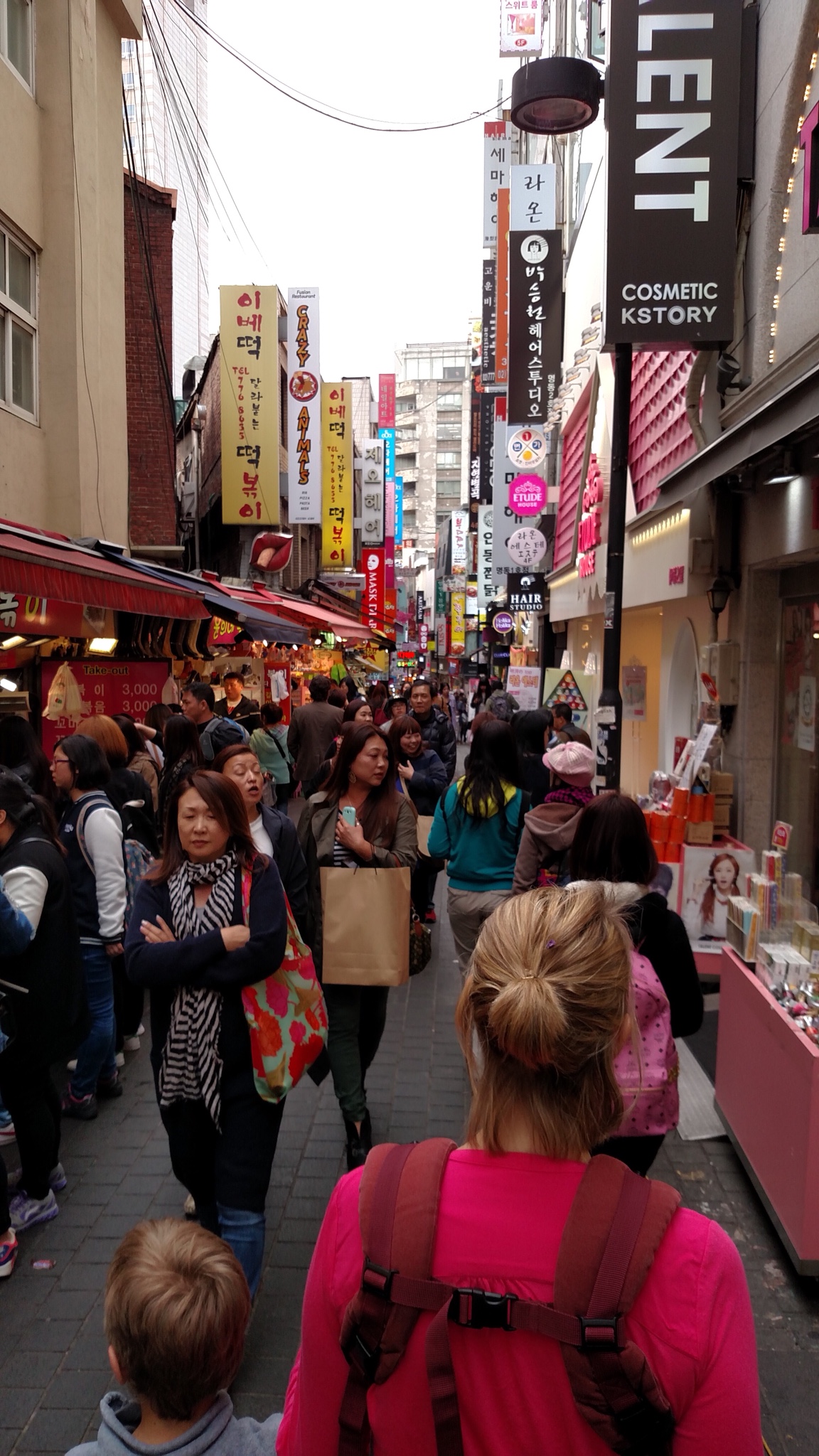 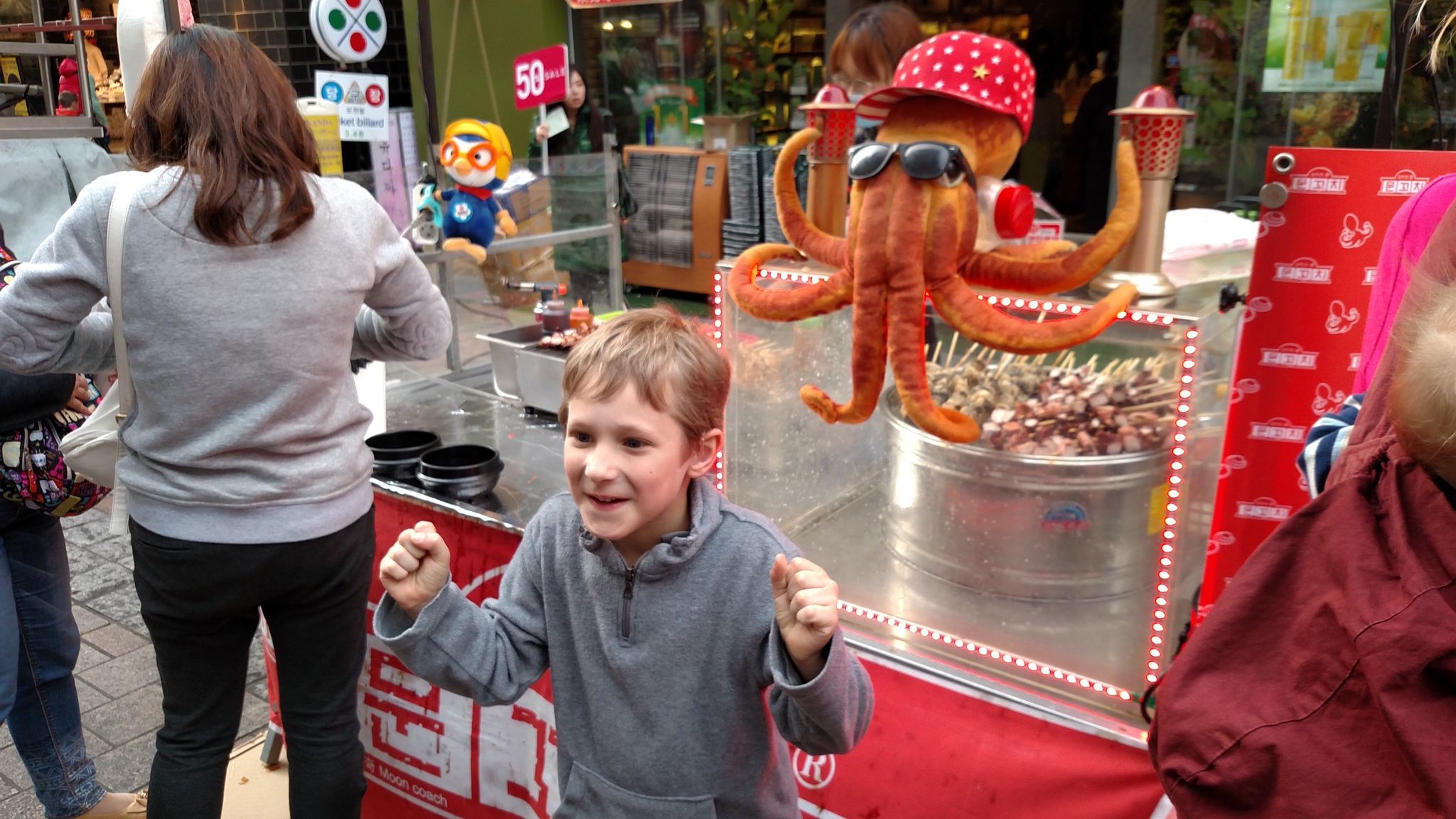 HT tried the (cooked, dead) octopus, but spit it out after a few chews. Glad he tried it, though. 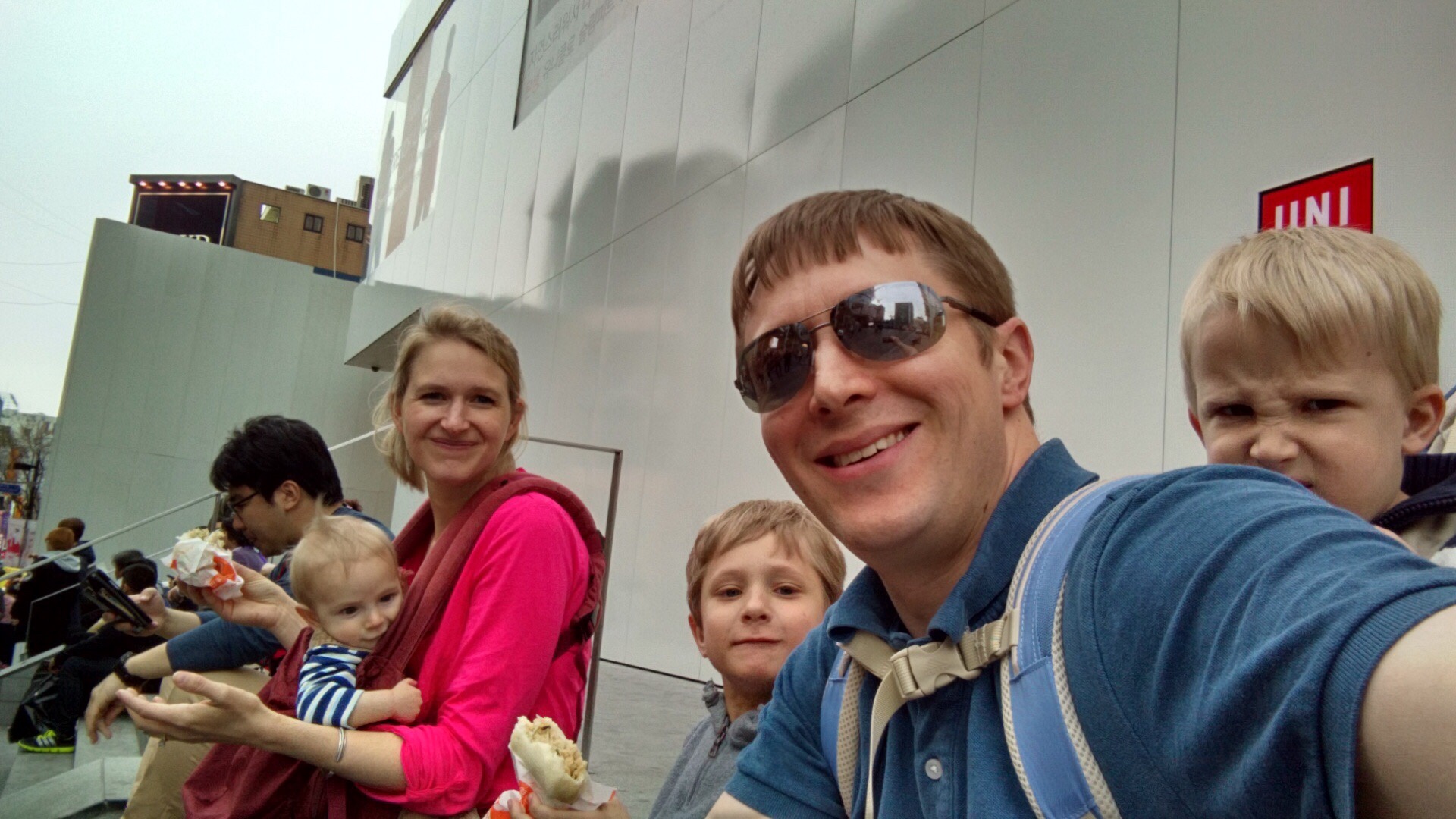 CR is tired here, although HT was dancing as he ate to the Taylor Swift song dancing from across the street. (We're kind of ashamed.)

Today, we're renting a car and driving a short distance to the city of Suwon. Looking forward to seeing the ancient castle walls there.