The above is a quote from CR yesterday. Karen and I are particularly proud of it, because he tends to be fairly picky (and usually not the one you'd ascribe that sentence to) so it seems like our Korean trip has helped push him out of his comfort zone a little. Specifically, it's something he said after his first Korean breakfast of spicy soup with rice.

Here are the two boys getting ready to try it for the first time: 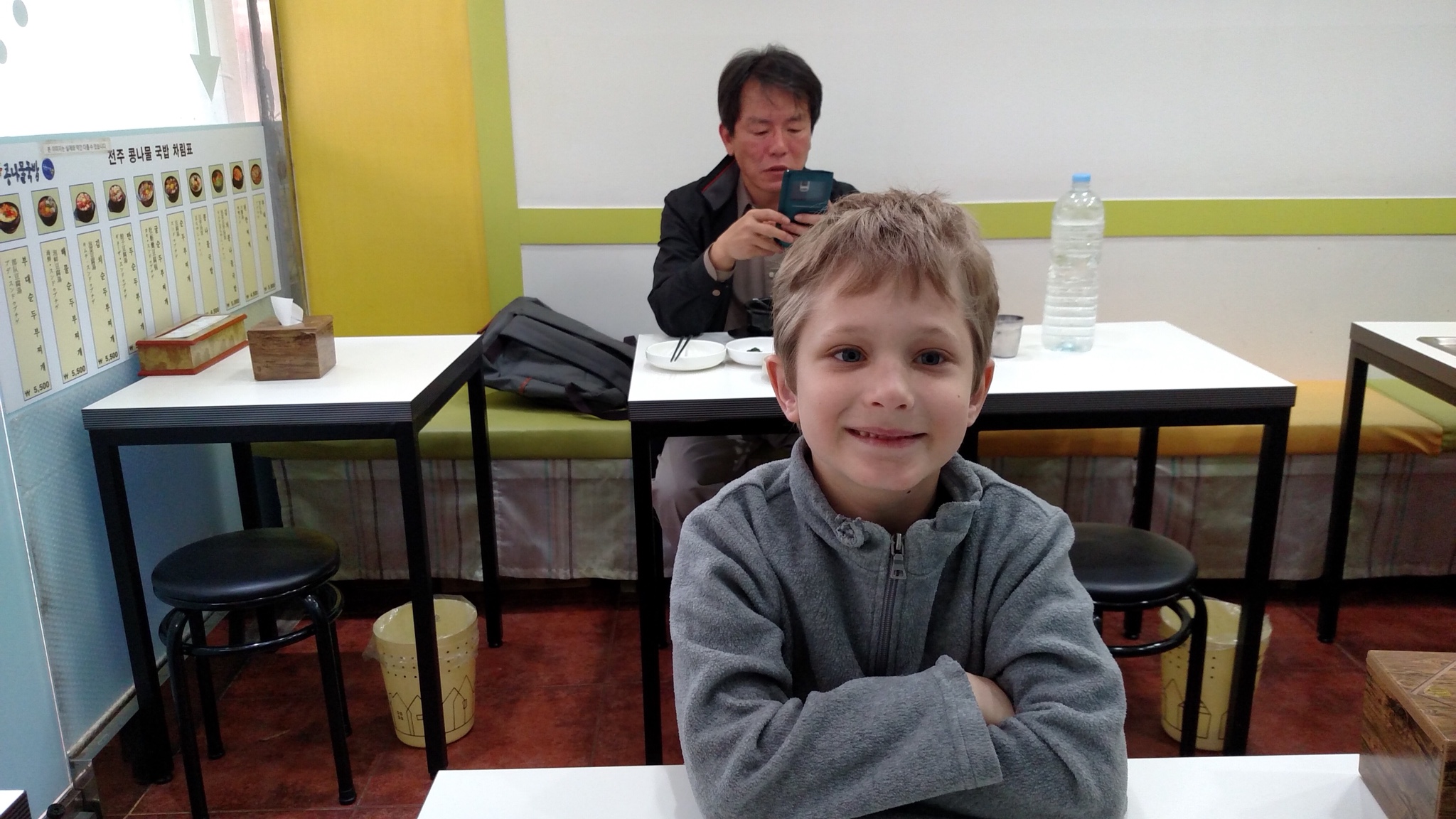 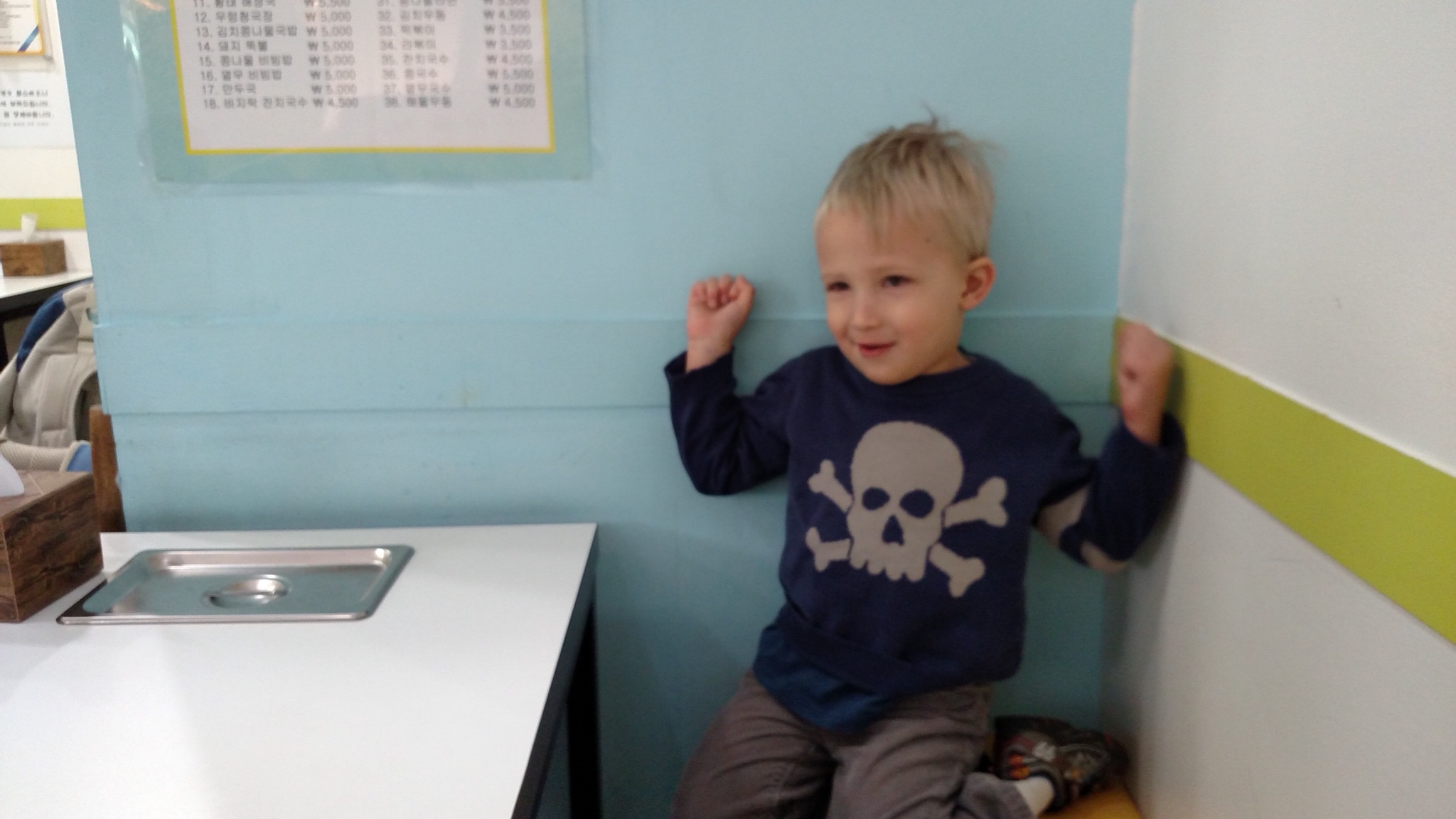 Here's what Karen and HT had, a not so spicy (just about everything here is kind of spicy) seafood stew: 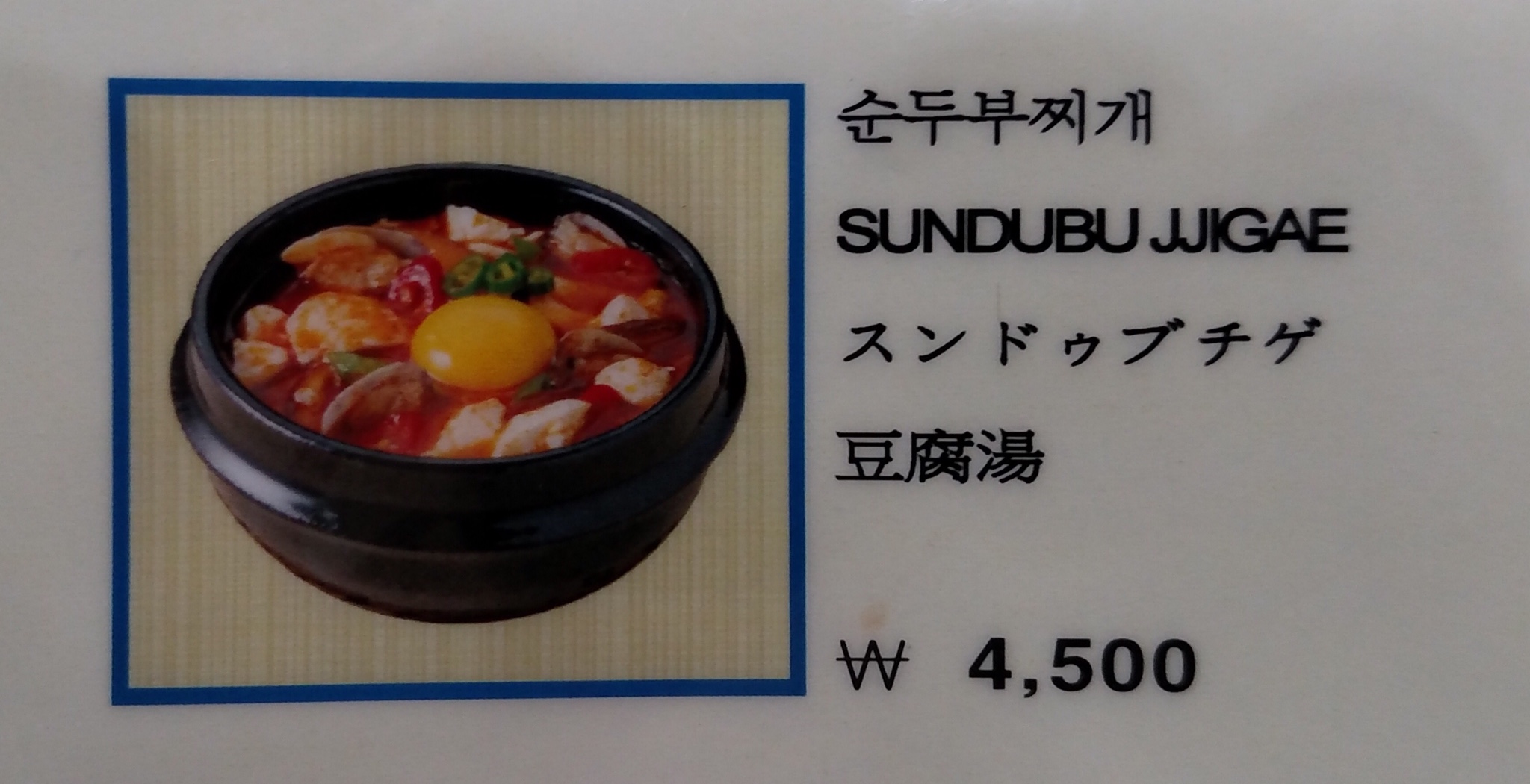 Here's what CR and I had, a spicier veggie stew (CR takes great pride in the fact that he's a “spicy food guy” like me):

Here they are with their food! 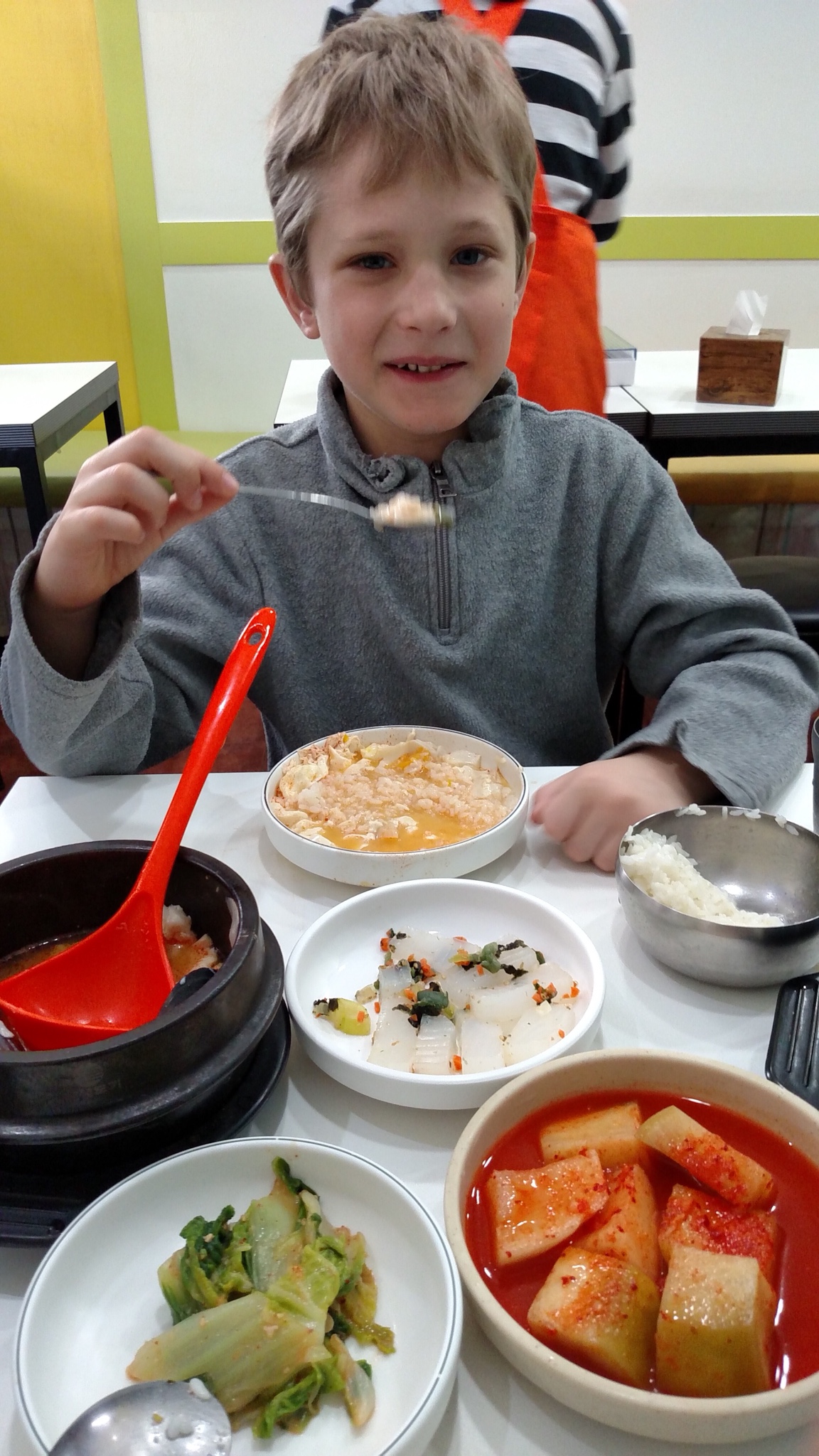 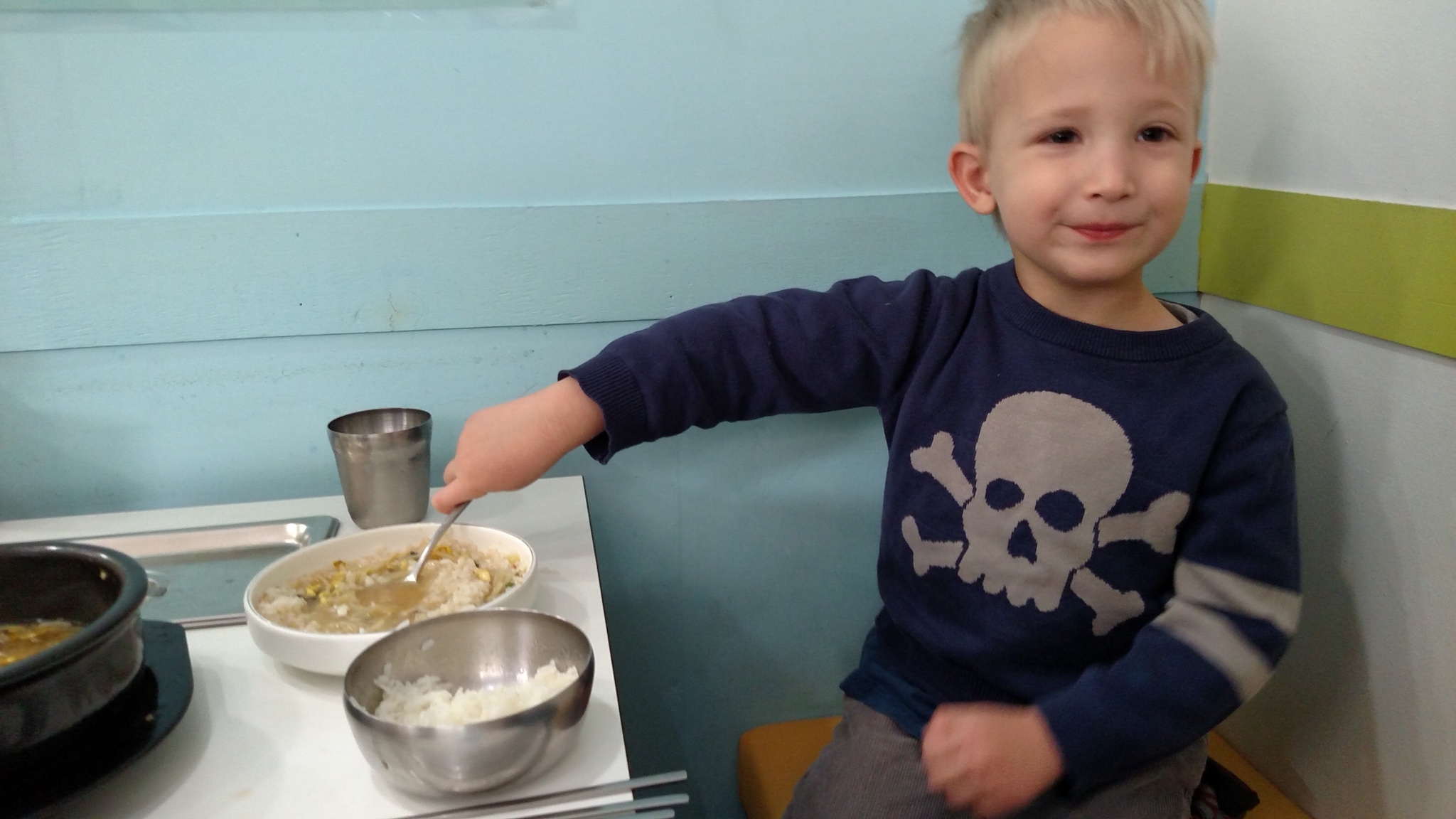 After spicy breakfast, we went to the enormous and awesome National Museum of Korea where HT asked a ton of non sequiturs of our poor tour guide. (“Are you sad that you can't see your family in North Korea?” “Ah, OK. North Korea…my grandfather came from there….I guess it's bad that I can't see his relatives anymore.) 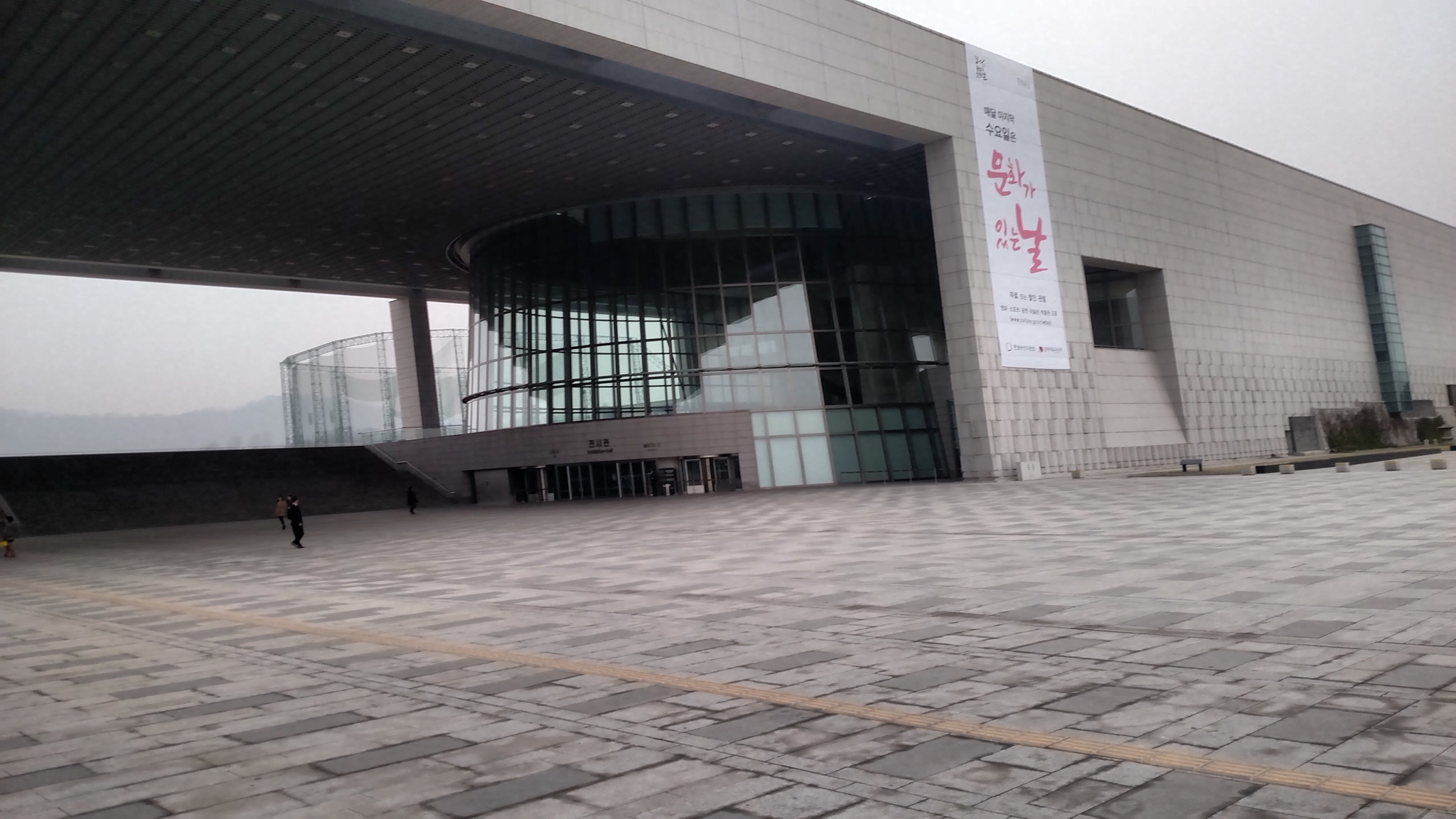 Lots of cool stuff there, but the boys were most excited about the excellent Children's Museum. Here's CR with a replica of a crown found in the tomb of a circa 300AD king: 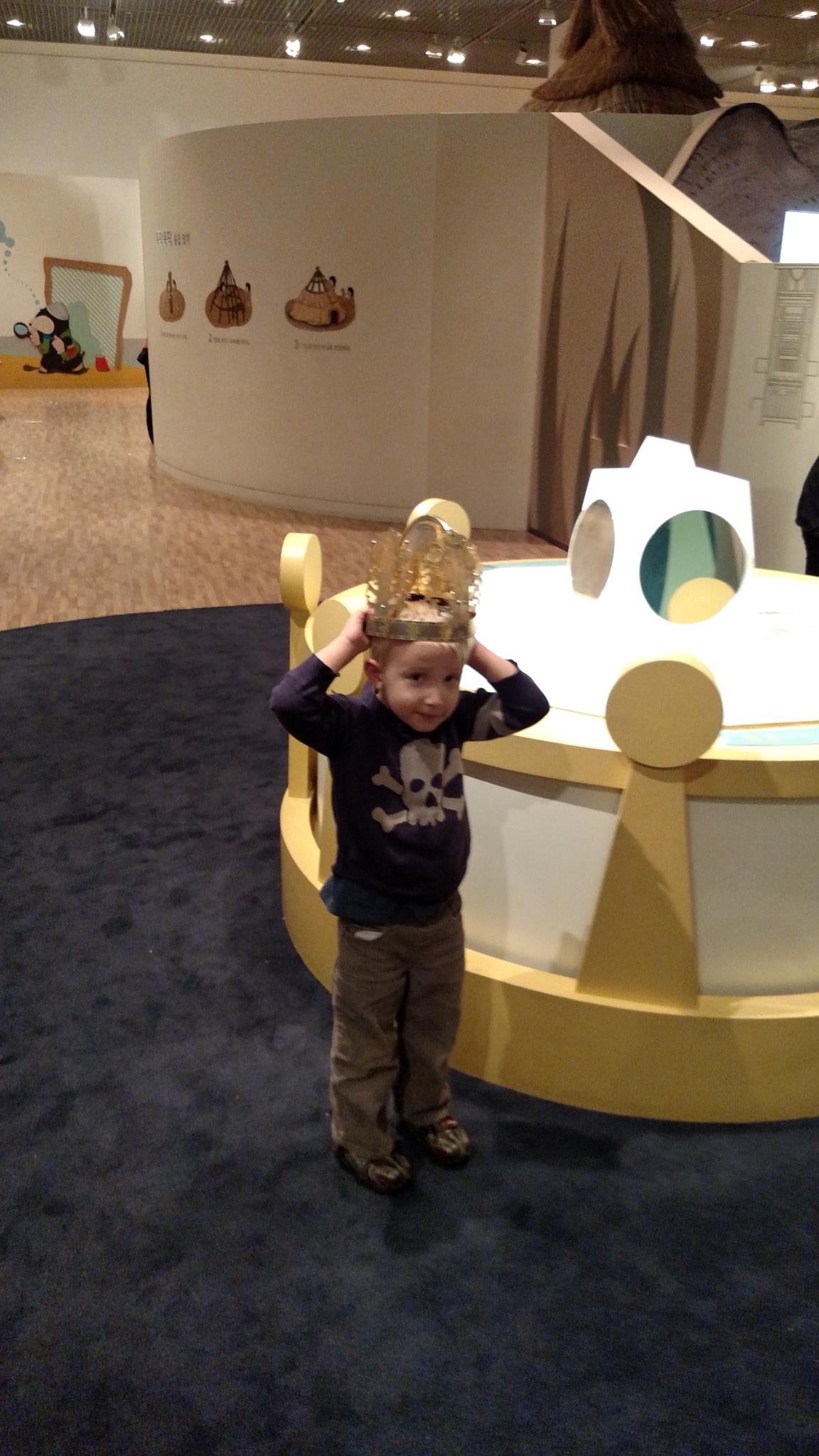 Here he is after learning where the Chinese character for rooster came from (picture shows the Chinese and the Korean Hangoil characters): 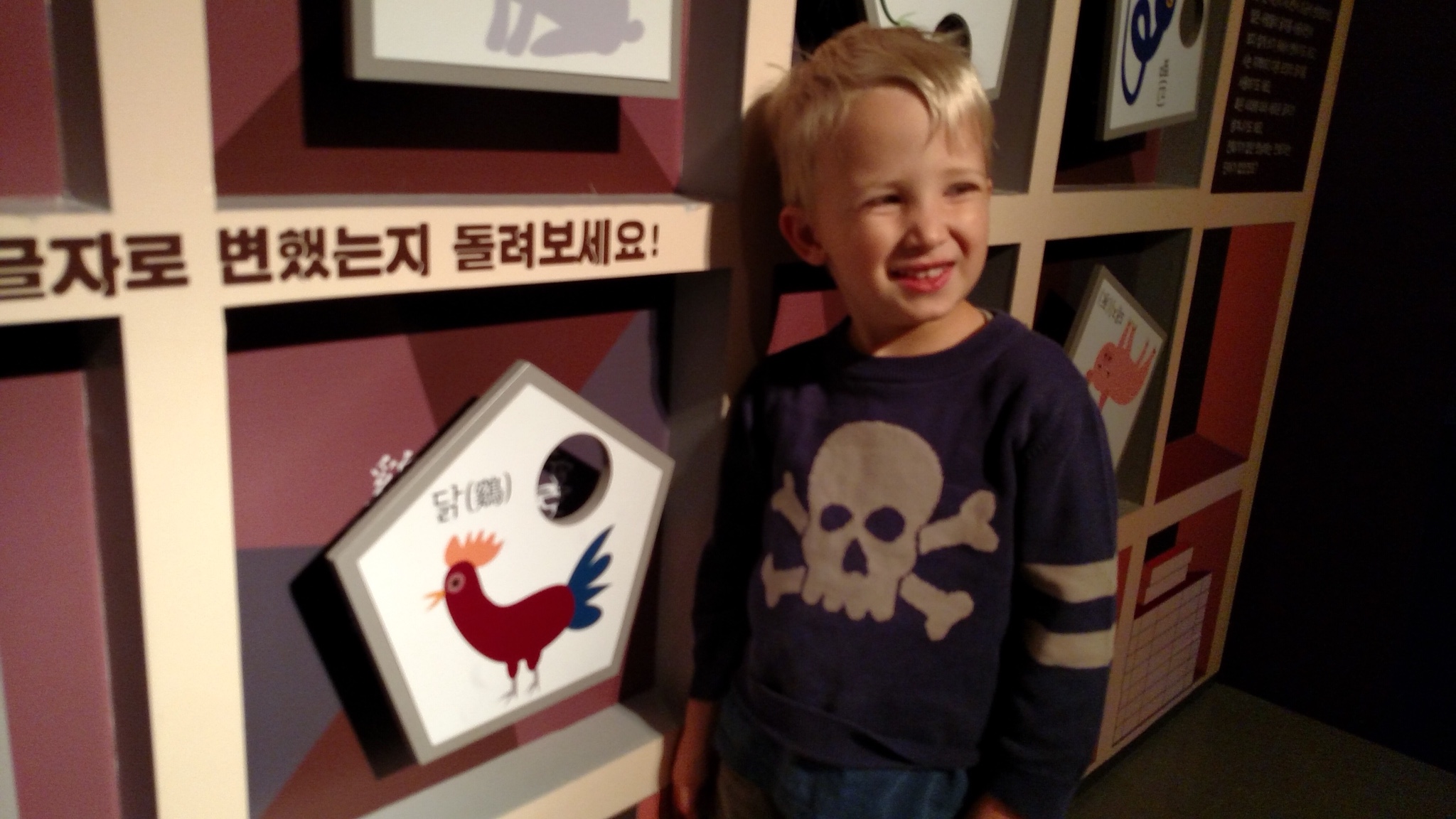 And here's HT with the friend he made there he never left his side the whole hour plus we were there: 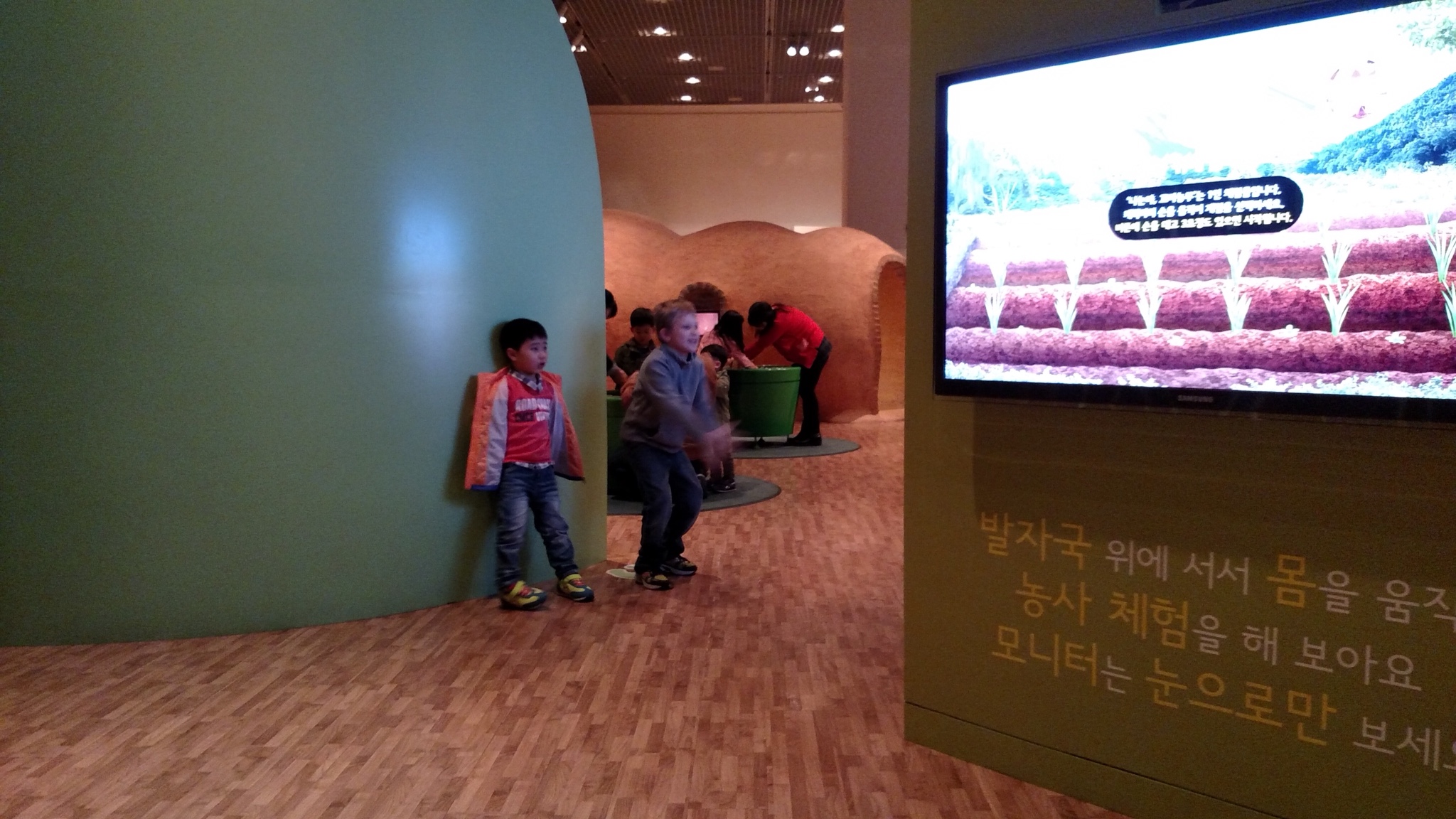 Finally, after the museum, we headed downtown to the financial district to have some bulgogi/barbecue. We got a kick out of the sign to the area we ate at that says, “Traditional Food Special Tourist Zone Culture Street.” Usually a sign like that means the most kitschy tourist crap you can find, but the food was excellent and the servers nice enough to hold JR for a little bit. 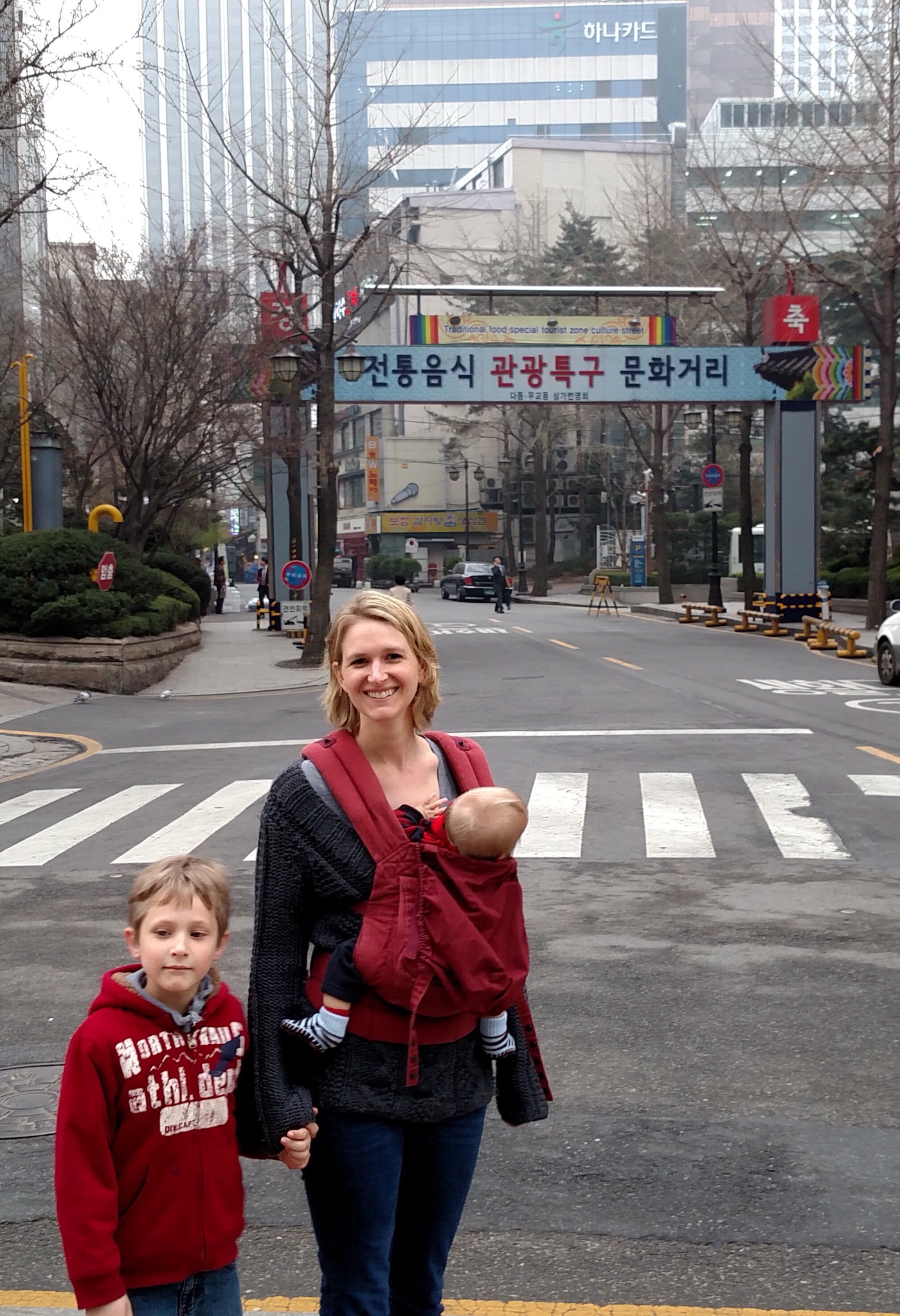