For our final full day on Fez, we decided to hire a taxi for the day to go see some nearby sites. The first was Volubilis, the ruins of a Roman colony that was named a World Heritage Site in 1997. The Romans pulled out of Morocco in the 3rd Century AD, but a group of Christian Berbers lived there for a few centuries afterwards. It’s kind of funny that a lot of what’s interesting to see during our trip is based on the remains of shifting empires–the Romans push into North Africa and almost a millennium later the North Africans push into Spain. Those Moorish remains in Spain are a big part of what makes Andalucia, where we’re traveling in Southern Spain, such a popular tourist destination. I’m sure the natives weren’t happy at the time, but their ancestors have at least some reason to be thankful.

Anyway, back to Volubilis: here’s my family standing at the entrance: 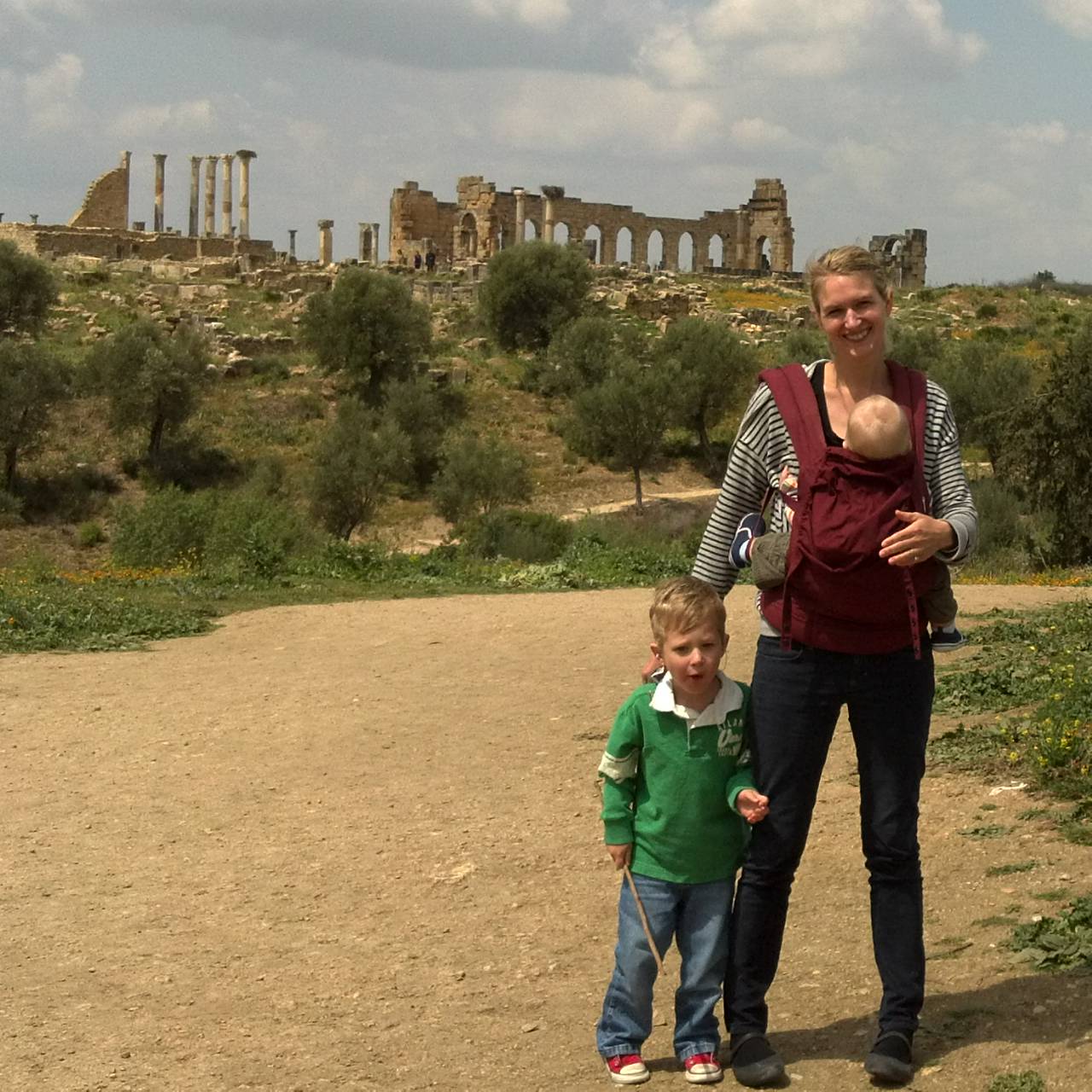 For anyone who’s traveled to Roman ruins in Italy, like those surrounding the Colliseum in Rome, you’d find a lot of similarities: namesake columns and arches, mosaics depicting scenes inappropriate for children, etc. All very interesting. Although I’d never paid much attention before, I’m assuming they’re similar in the fact that they have a lot of sticks lying around too. Anyone who has ever had a three year old boy can tell you who alerted me to this fact.

HT really enjoyed the site, but rather than focusing on the inappropriate mosaics, he did it by grabbing a trusty stick and donning the mantle of the “ROCK FIGHTER!” Many of the ruins took a few licks, but they all seemed ready to last at least a few more centuries. Here’s a picture of him preparing for battle: 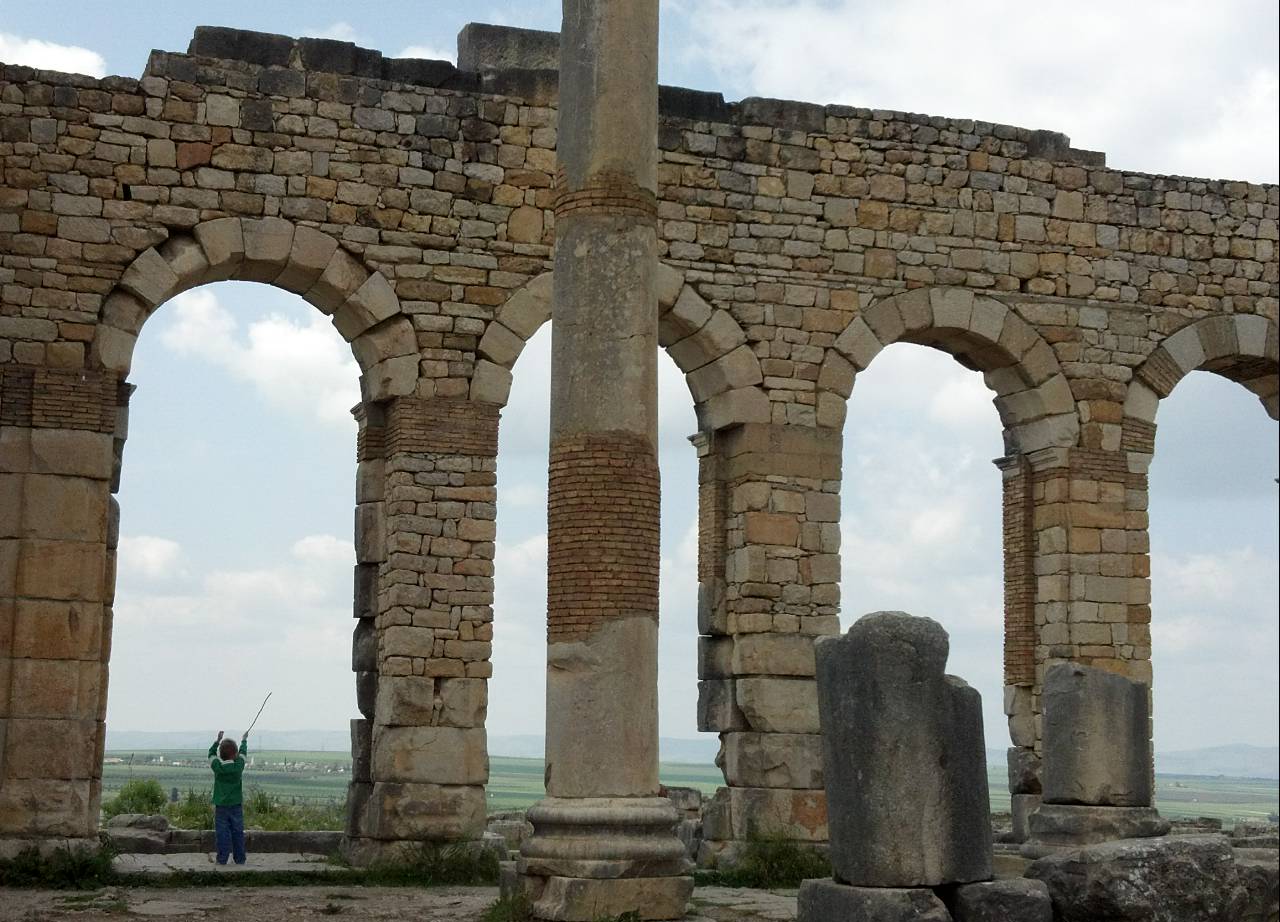 After that, the plan was to drive to the nearby town of Meknes and visit their medina and a few other local sites. In addition to our rock fighter being overly tired from a light night of sleep the previous night, this is probably the point to mention I caught a little stomach bug that morning. (This sort of thing is always “fun” when you face the prospect of developing world bathrooms. When she went for a pit stop at Volubilis, the toilet Karen was sitting on literally started to fall over. She caught it in time, but you get my point.)

Thanks to some antibiotics brought from home, the bug was only a problem for the day, and Karen and I are both really thankful it was me instead of either boy (which was one of my bigger fears heading into the trip,) but I was a little too tired to want to deal with an overtired HT. So, when we got to Meknes, we saw a famous mosque, drove around a little, ate at McDonalds, and drove back to Fez. Not something we would have done had we been traveling without kids, but unfortunately the right choice that day–we’ll have to check out Meknes some other time.

Our taxi driver (and maybe you, dear reader) thought we were lame for skipping Moroccan food and stopping by one of the few McDonalds we’ve seen in Morocco, but that was actually something of an odd highlight for me. I’ve eaten McDonalds in a couple dozen countries now and ever since I started realizing the trend, I’ve made a point to try to add another country to my list when possible. It’s mostly a game now, but with guaranteed clean bathrooms, guaranteed safe/clean food, and at times uncommon convenience of being able to eat without waiting for a drawn out restaurant meal, Karen and I find we probably eat McDonalds more while traveling than we do at home. (Definitely true for Karen, but that statement might be a stretch for me, especially during McRib season.)

The menu there was pretty orthodox (nothing like the spaghetti with fried chicken value menu I found in Manilla,) but HT was happy to stuff his face all the same: 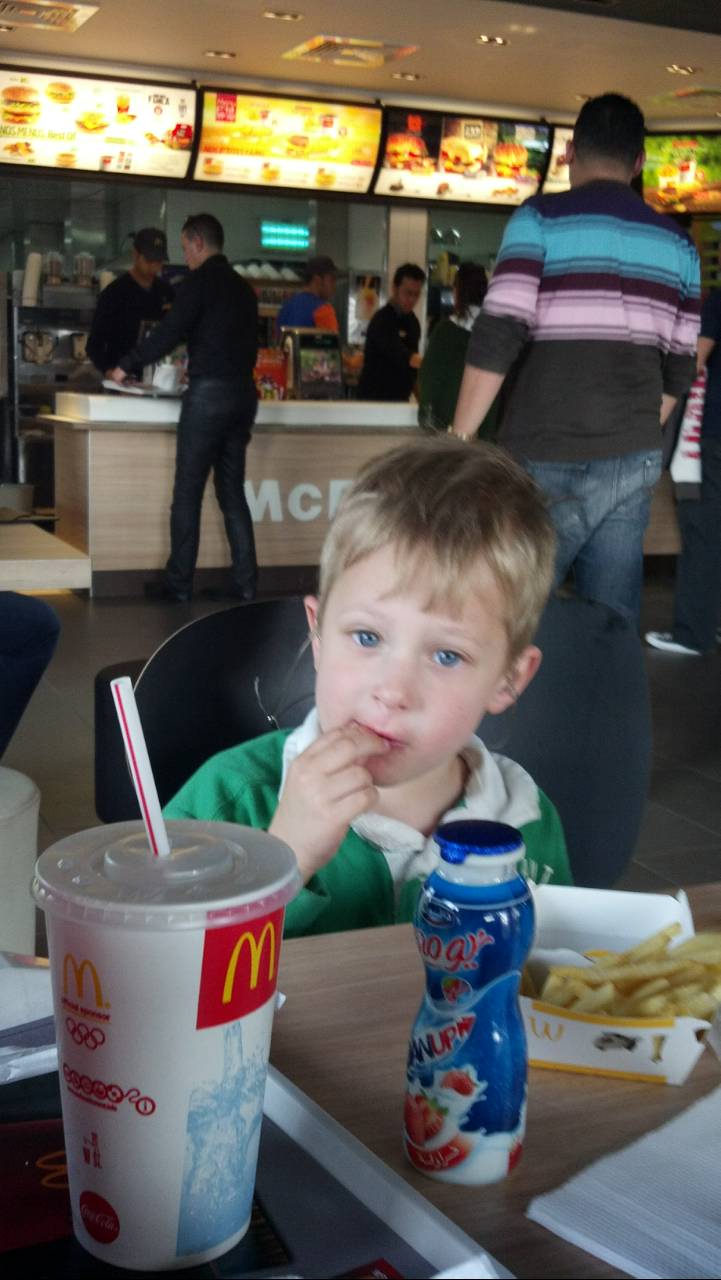 I’m now caught up with blogging Morocco, I’ll try to put out a few more posts on Spain (where we are now) in the next couple of days.