We had a busy day when we crossed over from Morocco to Spain–early morning ferry, run to rental car, quick jaunt to Gibraltar, and finally a mountainous drive to Ronda. With the need to return the rental car in Seville the next afternoon, that meant we had just less than an hour to explore Ronda. This was unfortunate. As you can see from the couple of pictures we were able to snap, this place is gorgeous. 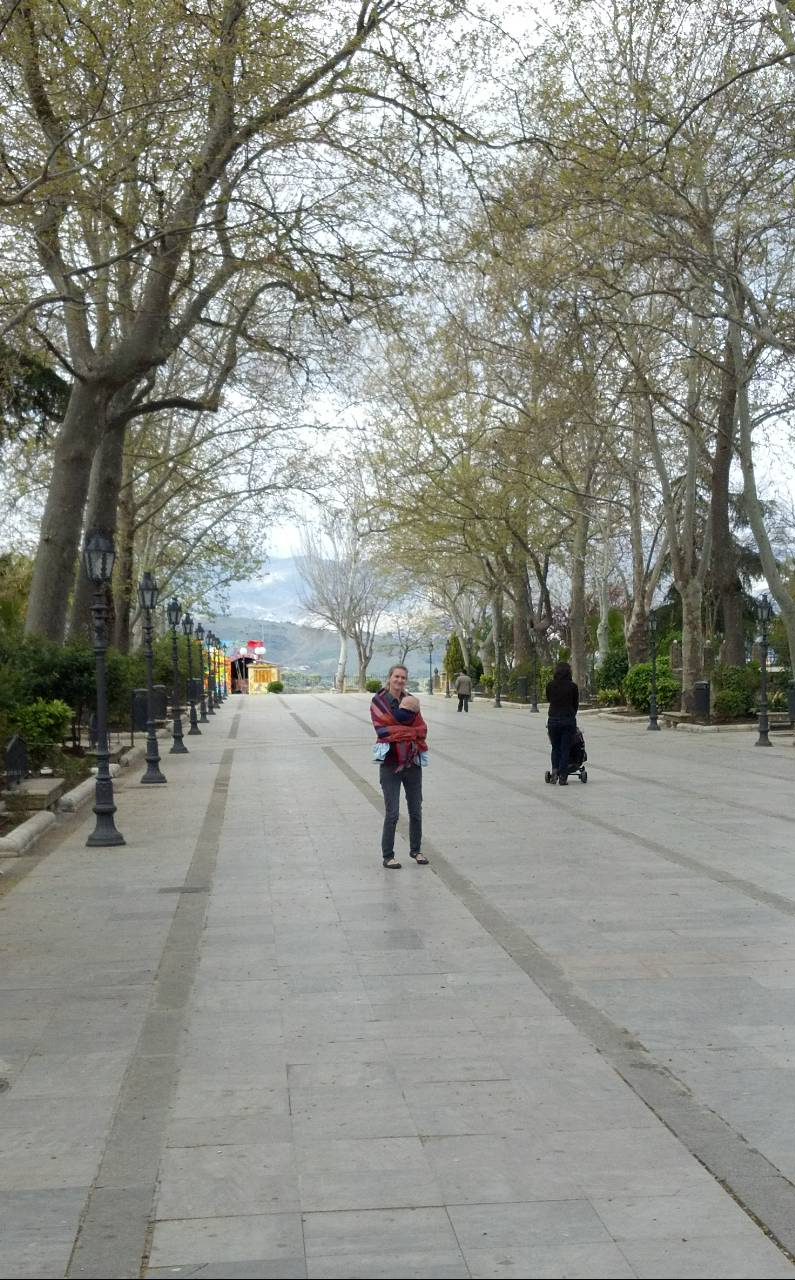 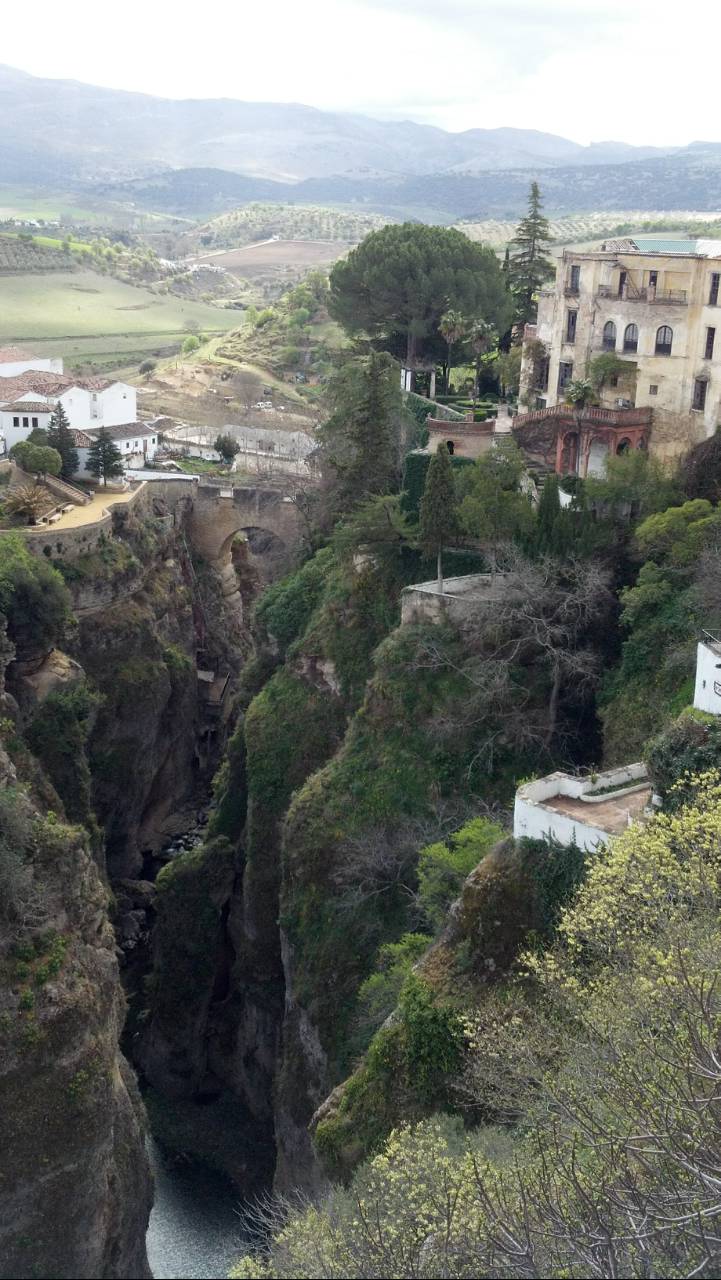 As mentioned, travel there from the south was over a pretty curvy mountain path and the city itself sits atop a huge gorge. One edge of the city is delimited by a thousand foot drop with spectacular views of the surrounding country. Beyond that, the “new” and “old” parts of the city are split by a river running between them and connected by this not unattractive bridge. (I stole this picture from the Internet since I didn’t have the time to go take it myself.) 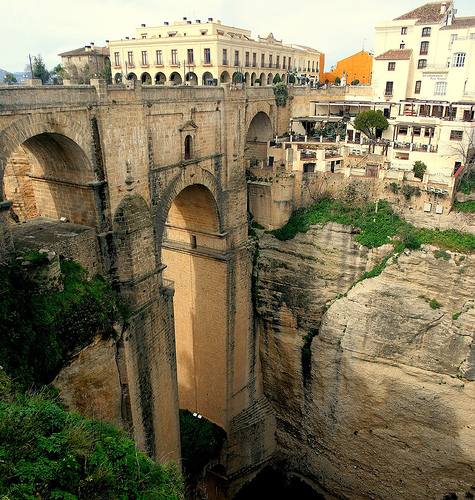 Like Meknes, I guess it’s just something we’ll have to see more of next time.

From the start, we’d planned on making our last stop, in Seville, a more relaxed six days than the earlier part of our trip. To accommodate this goal, we rented an apartment from a local family in the downtown “Jewish Quarter” where most of the tourist sites are located. When we arrived, HT got the chance to play with their 3 and 6 year old sons, Juan and Fran. Here they are showing him the local turtle: 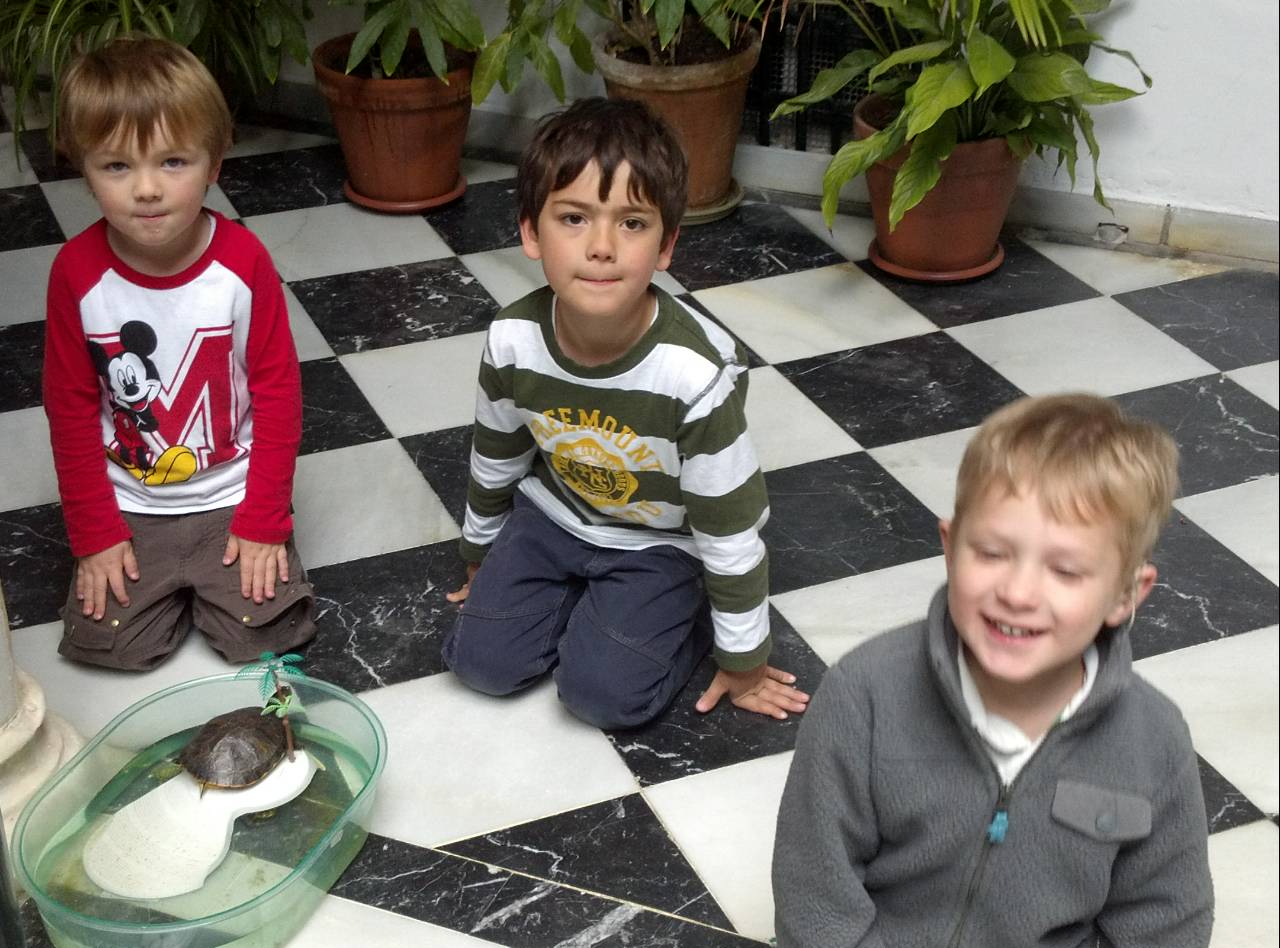 As previously mentioned, HT is really (aggressively) social, and he and Fran (who is about two months younger than HT) seemed like old friends after about 3 minutes–even though they don’t speak a common language. That’s a trend that has continued in playgrounds across Seville over the last few days.  Even though the other kids might think the blond boy running around screaming like a lion and trying to “freeze” them with his hand rays is maybe a little bit odd, HT has found new friends all over the place. (The one down side is Spanish boys seem to like to play fight more than is common on Chicago playgrounds, so I’m hoping HT doesn’t get into trouble at preschool when we get back.) here’s another playground picture: 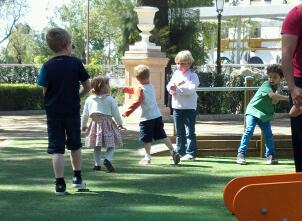 The other reason we’ve been in Seville besides relaxing at the end of our trip has been to catch their famous Holy Week (Semana Santa) celebrations. I’ll try to tell more about them in my next post.