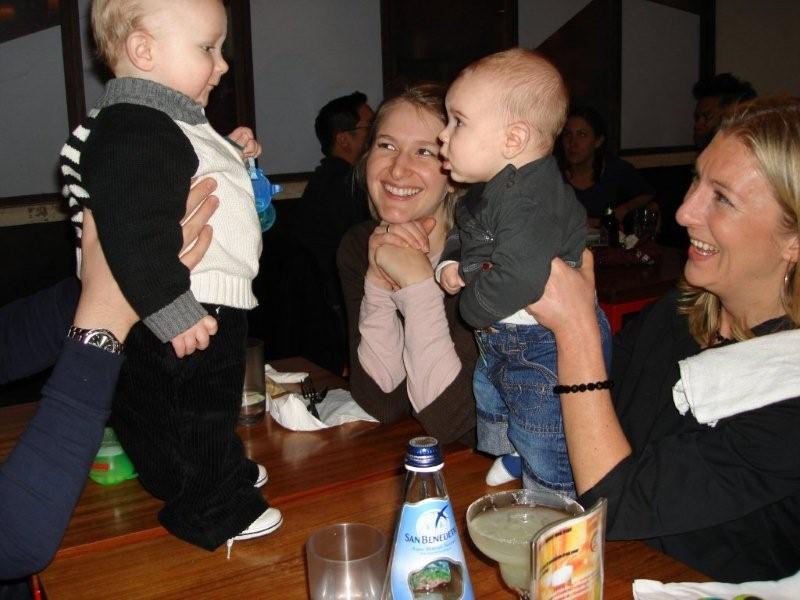 There are lots of sights to see in China, but for most people, the thing to do in Shanghai is shop and eat.  Behind Hong Kong, it’s always been the most international city in China–lots of expats are based here (ever since the days it was a British trading post.)  Because of this, a pretty sizeable industry has built up selling stuff to all of these rich foreigners.

We experienced this firsthand yesterday when we went to the fabric market.  It’s a big 3 story mall with over a hundred little shops where they try to sell you anything made out of cloth–ties, coats, dresses, shirts, and suits.  I had such a good time getting custom made suits in Vietnam that I wanted to get a few more here in China.  Luckily for me, Beth is a master negotiator (one of the store owners yesterday said she was scared of her) and we brought her along as our guide/shopping consultant.

I commissioned a couple of suits for me (will see what they look like tomorrow) for about $100/suit, which is about 2/3 of what they initially asked us for (for an extra $20 each, I added an extra pair of pants for each one.)  Mike got one while we were there, too, but Karen wouldn’t let me order a custom fit tuxedo for Henry (I don’t know why.)

Later in the day, we went to another mall where my mom went shopping for the other grandkids (look out girls you’re getting a bunch of stuff!)  I checked out the knockoff electronics, which included and “iPhone” that came with a slide-out stylus/pen (not what you’d get at the Apple Store in the US.)  Caveat emptor.

Finally, we ended the day at the Mexican restaurant (we switched nights.)  It was pretty good, but the highlight of the night was Henry hanging out with the 5 month old baby that another couple brought.  They pretty much charmed everyone there (see the picture in this post.)

Our friends in Shanghai