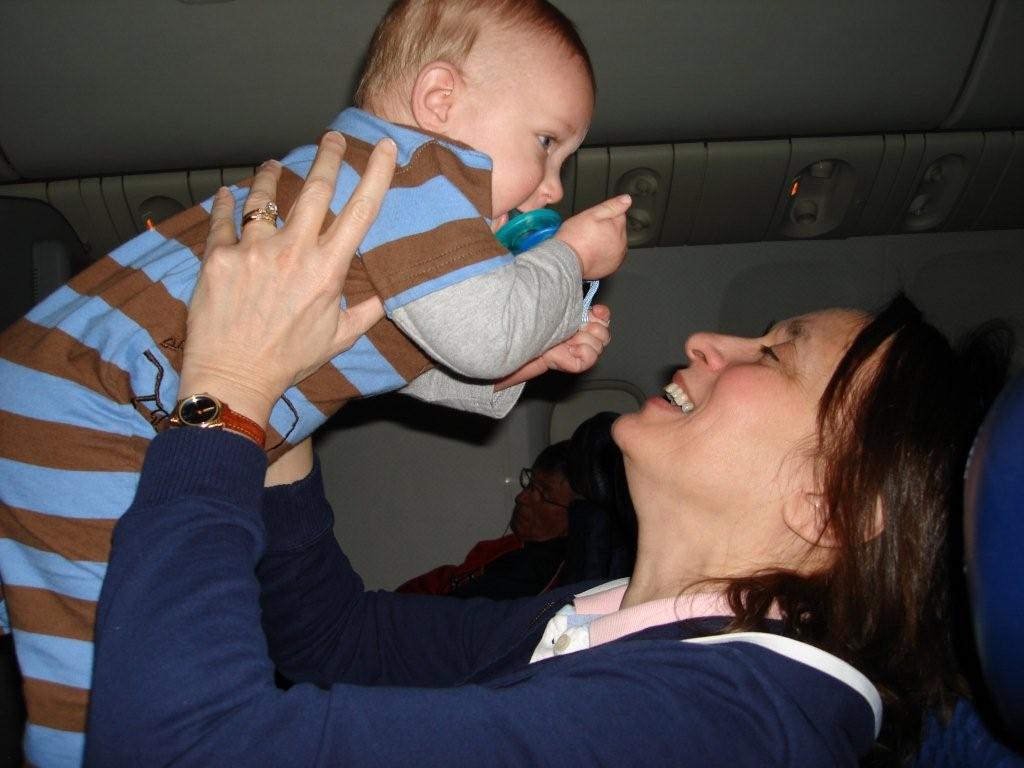 One of the “benefits” of working as a consultant is you get to fly a lot. Mostly, this isn’t all that great (you start thinking about planes as buses in the sky and know way more about airports than you’d really like), although it is a great way to amass a silly volume of frequent flyer miles. Over my lifetime, I’ve earned close to 900,000 miles on American and had something like 500,000 in my “bank” when we planned this trip last fall. Lots and lots of free flights worth.

The only problem with this is, just like money, miles are subject to inflation. In fact, the day after we booked this trip, they upped the price of the ticket by about 20%. So, it’s smart to use them while you can because they’ll always be worth more now than later.

All of this is just my elaborate way of excusing the conspicuous consumption of 1st class tickets for me and Karen to China. In addition to the fact that it makes the 15 hour flight a heck of a lot nicer, it’s a relatively good “deal”–while the cash price of first class is about 10 times the price of a coach ticket, it was only 2.5 times more expensive in miles. Also, we’ve never flown international first class before, and wanted to know what it was like. (Now that we’ve flown it, I can say much bigger seats and better service, but probably not worth the upgrade from business. THAT, however, is definitely worth it for going to Asia compared to coach. For Europe, coach isn’t really all that bad since it’s a little shorter.)

The one hitch in our plan was our son Henry. Since Karen and I are such big travelers, we’d like for him to get some practice early (he had his passport by the time he was 2 months old), and we were excited about the chance to get started by visiting our friends Mike and Beth in Shanghai. Babies under 2 are free to fly on your lap in the US, but they charge you 10% of the full ticket price on international flights. That would have been over $2,000–a little too much to stomach given he didn’t even get his own seat.

Quite the dilemma, since we were kind of excited about the splurge, but didn’t want to do it with cash. My mother happened to be visiting when we were planning this, so rather than downgrade we hit upon the idea of getting her a ticket in coach and have Henry sit on her lap (my dad then used some of his miles to come along too.) This works out perfectly because for them it’s a gift of 15 hours of unimpeded grandson time, while for us it would have been a cramped long flight with a baby we love but see all the time and would rather have more room with. Everybody wins!

Anyway, that’s how we ended up going with my parents to China. It really works out well, because the stress of bringing a baby is much less with 4 adults, and they probably would have never come without us as “guides” (I traveled here 4.5 years ago with my friend Todd, but no one else from our party has been.) It should be a lot of fun–hopefully I’ll get around to posting a lot of notes to share the experience.

Our friends in Shanghai

Welcome to my new blog!