When I've talked with people about this trip, one of the single biggest sources of trepidation tends to be the flight. That's true for me too. Who hasn't been on a flight with miserable kids? What parent hasn't had those kids been theirs (at least a few times)?

The trick is airlines know how we feel and have actually made an effort to make things a little more comfortable on long flights, even in coach. I was expecting this, but the setup we had here was still nicer than I'd hoped for: 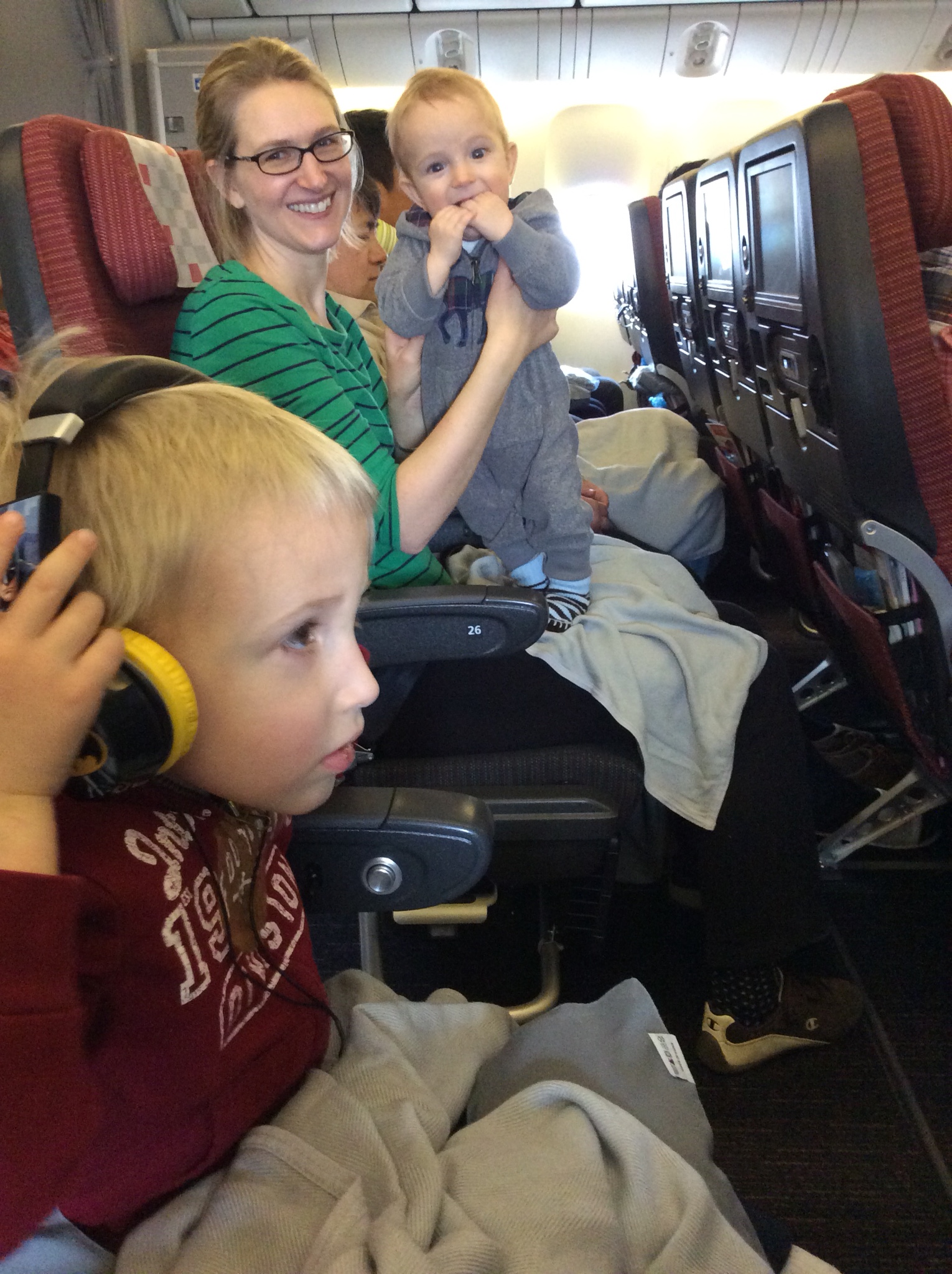 JR working on his hands until Karen relents

Not that we'd sit this way on purpose if we weren't taking a flight, but if you forget the need to actually hold the baby the whole time (mostly by Karen), we had a pretty great time!

So, 13 of the 20ish hours knocked out in style. (Sending this from the Tokyo airport!) More on the remaining 7 in my next post.

P.S. Nothing of the above is actually untrue, but it's not necessarily the whole truth. There's really no getting around it: 13 hour flights kind of suck: 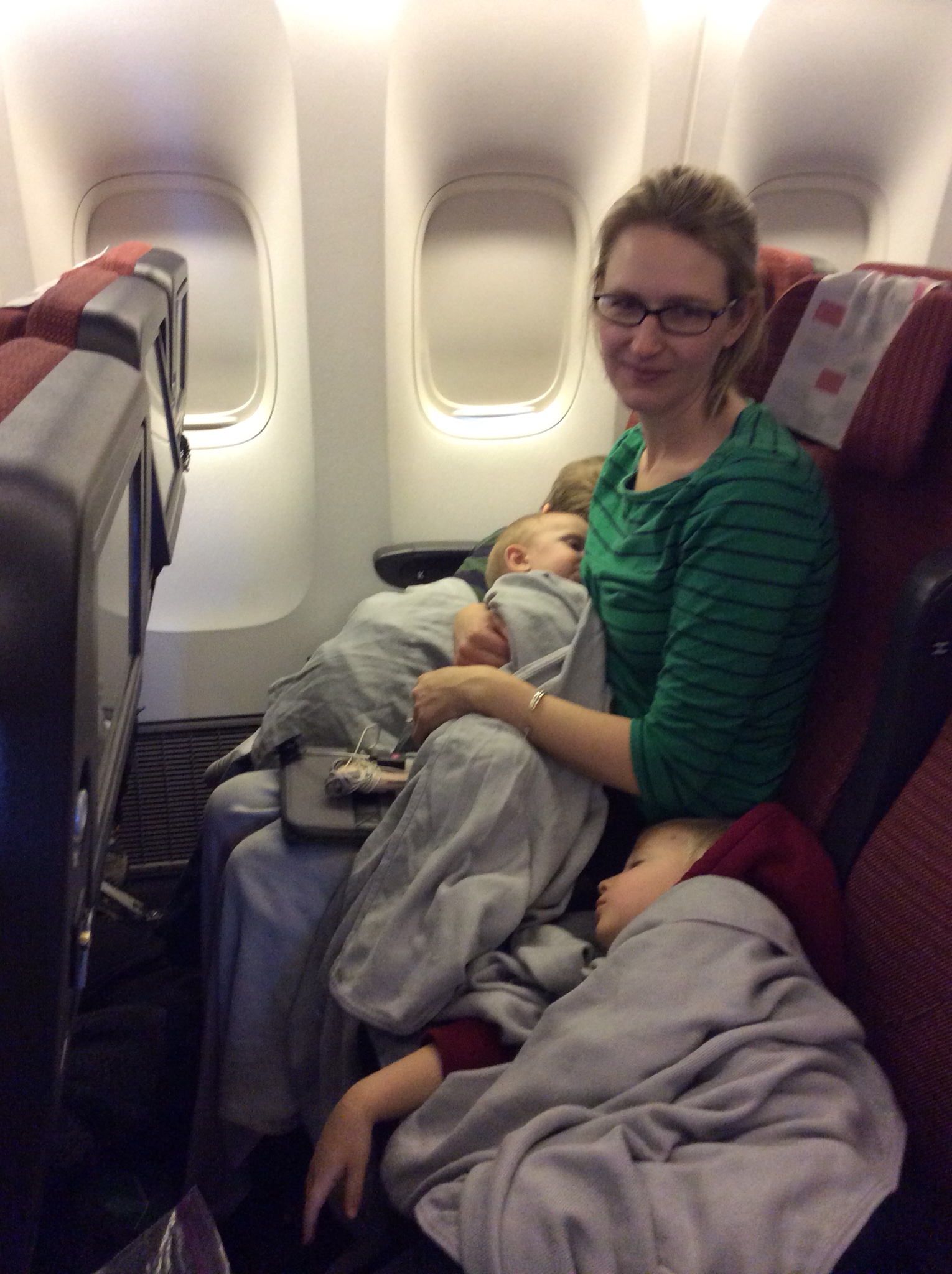 Contrary to how this looks, that was my seat half the time and I also held JR about half. Promise!

*As most of you reading this know, we don't actually call them that–it's just our small way of giving them a little bit of Internet privacy.

Going to Korea with 3 kids under 7