Yesterday was all about riding animals. Today, the focus was on man-made conveyances. We kicked it all off first thing in the morning when a porter came to carry our luggage from the hotel to our taxi. (We didn’t really need a porter for the seven minute walk,  but it was a nice way to get started.) HT thought it would be more fun to ride than stroll along in his “poop shoes”–so named because of what he accidentally stepped in yesterday while hopping off the camel. (We’re planning on chucking them at the end of the trip anyway, but were kind of hoping he could take the opportunity to shake the last bits of camel souvenirs off prior to sitting on a train for seven hours): 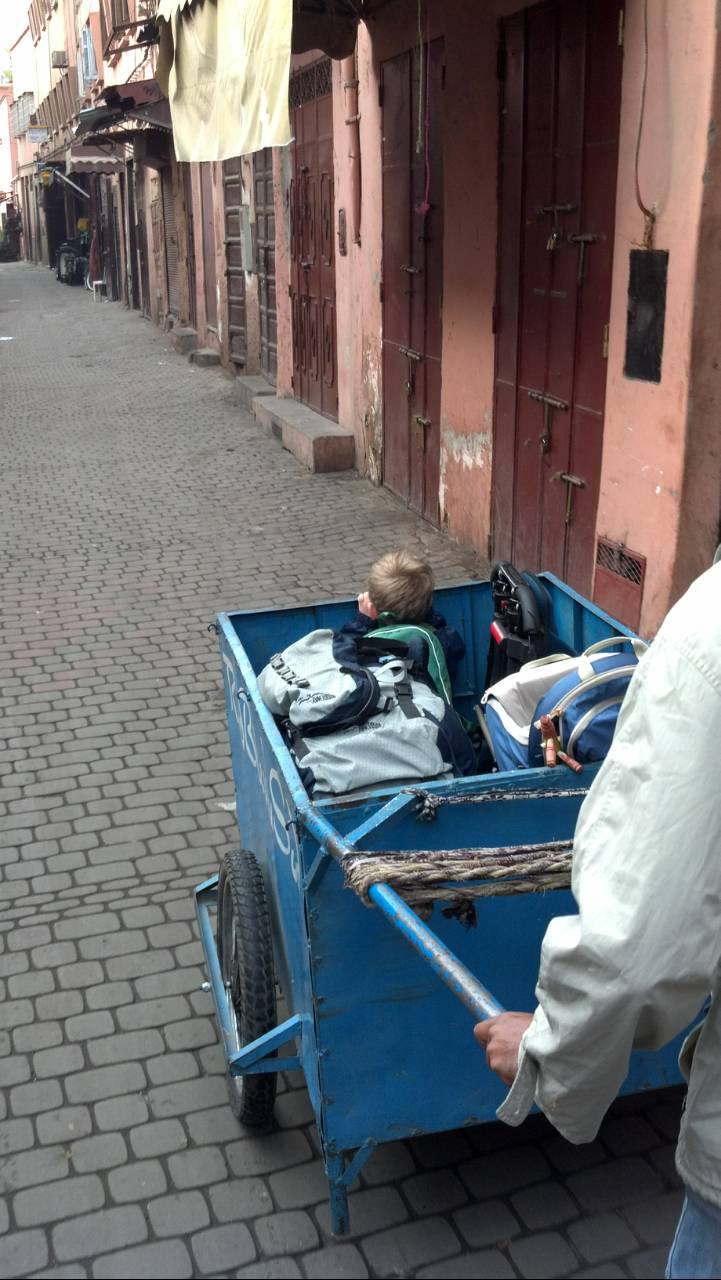 After we got out of the souk, we all hopped into our minivan taxi for the train station (total wheeled vehicles ridden in=2.) 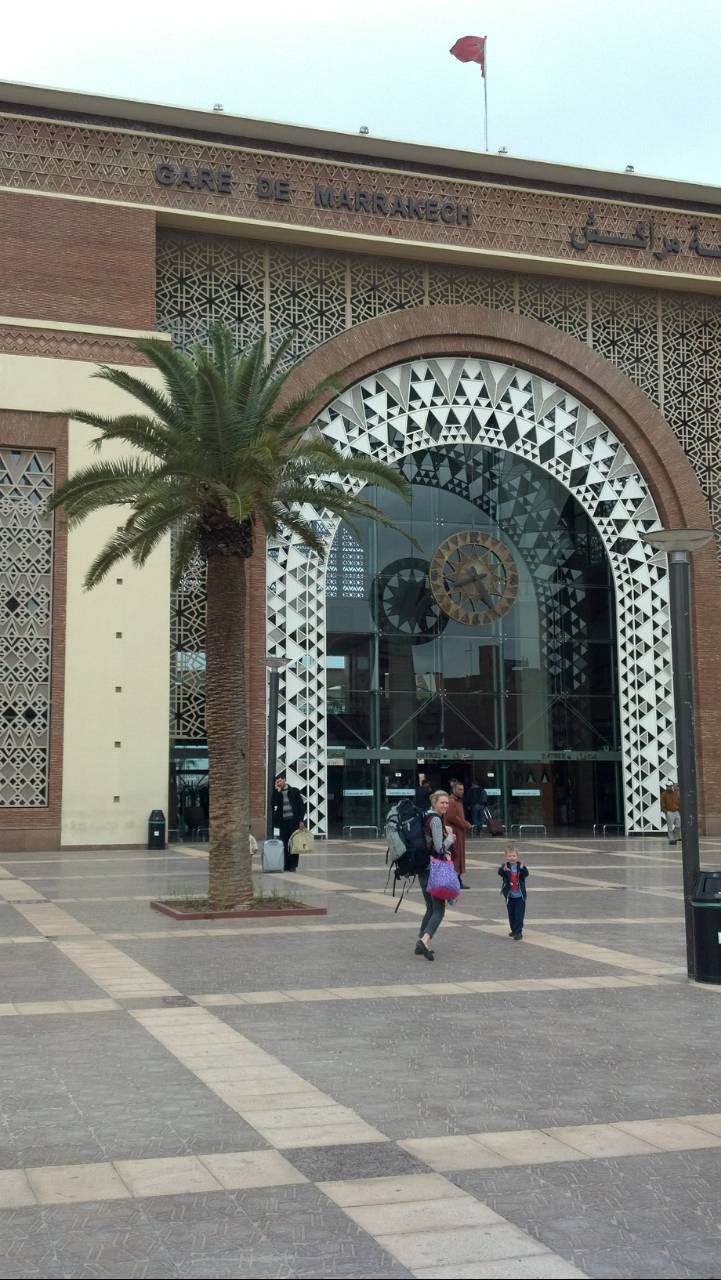 From the train station, we hopped on our seven hour train to Fez (total wheeled vehicles ridden in=3.) 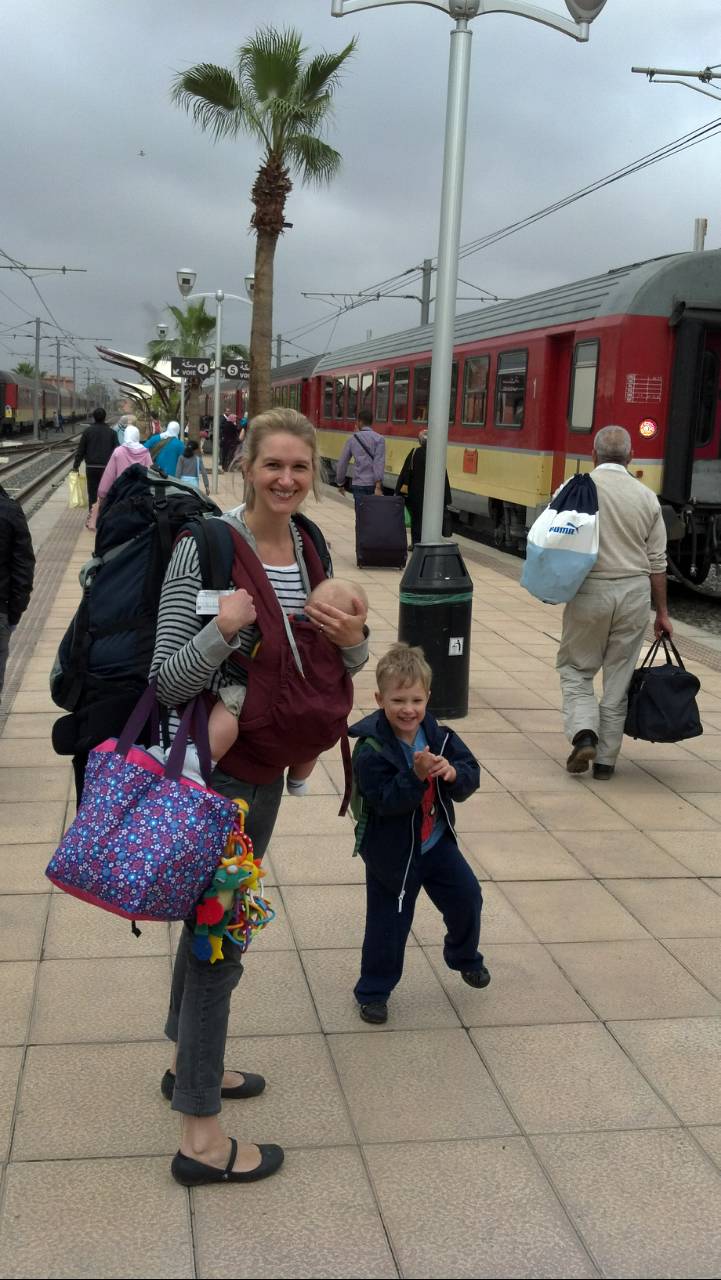 While on the train, CR made new friends (this is one of several, an Econ student in Casablanca, where we stopped, heading home for the weekend to Fez:) 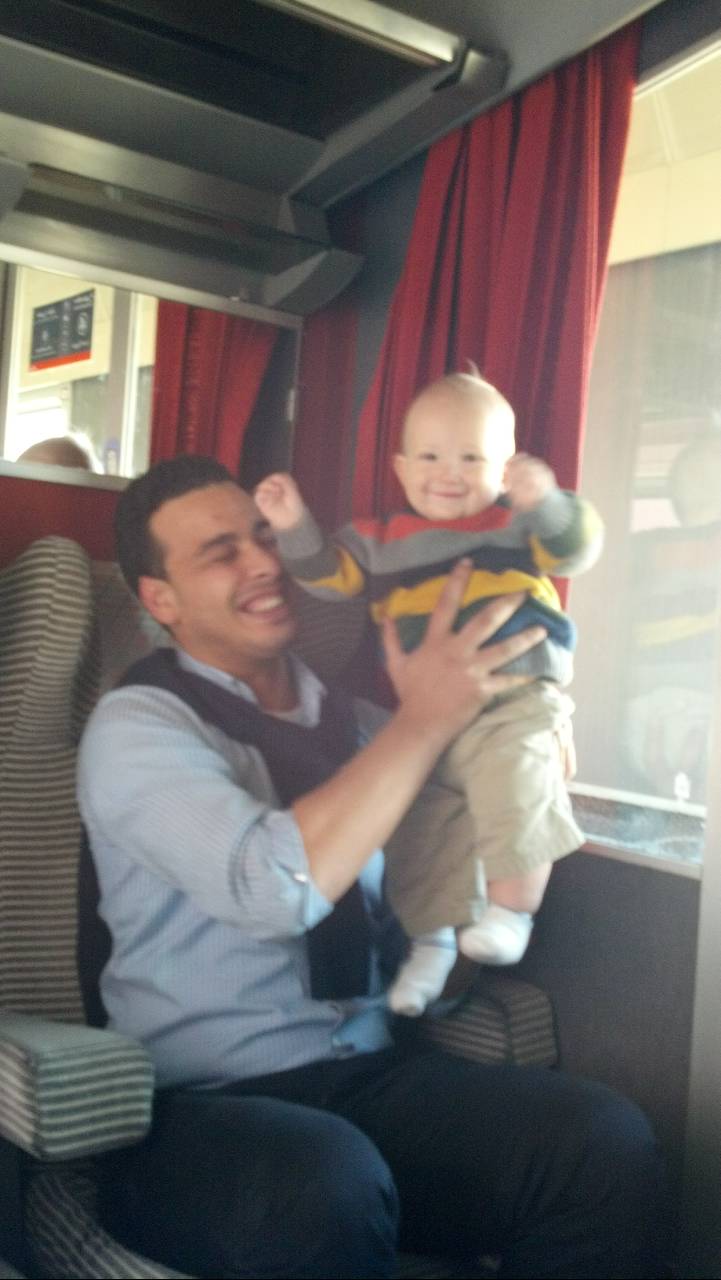 (HT made fewer friends because he spent way more time than was prudent on the iPad–see my other post today.) Once we finally arrived in Fez, we jumped into a taxi for our new and seriously palatial B&B (HT called the last one his “Morocco House” and started calling this one his “New Morocco House,” but we’ve convinced him to go with “Fez House” to keep things straight:) 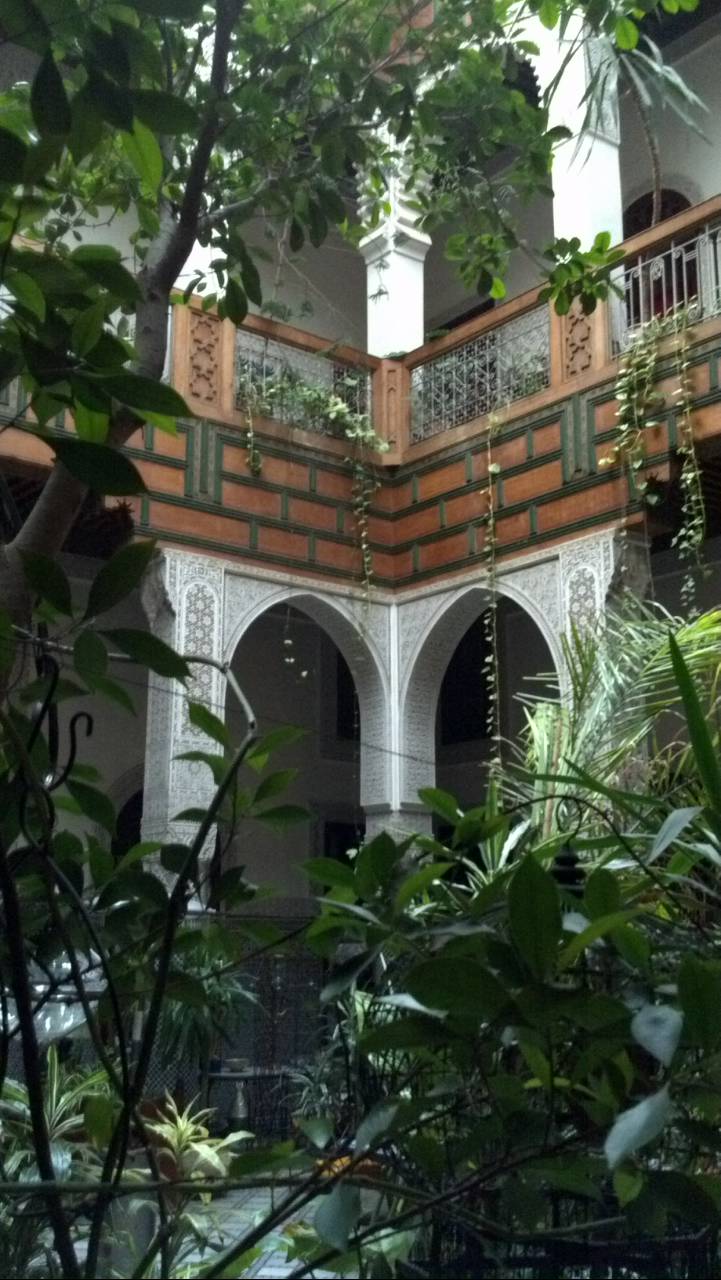 Finally, we strolled into town for some seriously tasty dinner overlooking a fancy gate to the main historic market area (at this point, it should be clear the main thing we love about Morocco is the food:) 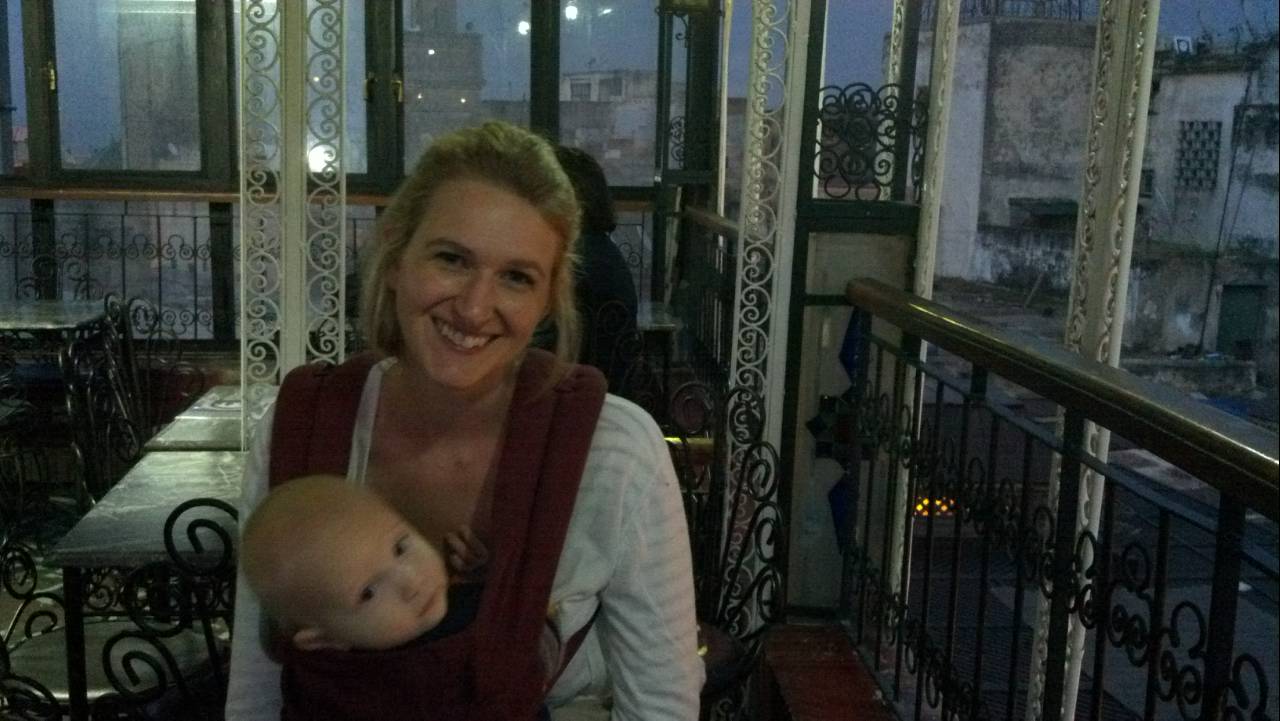 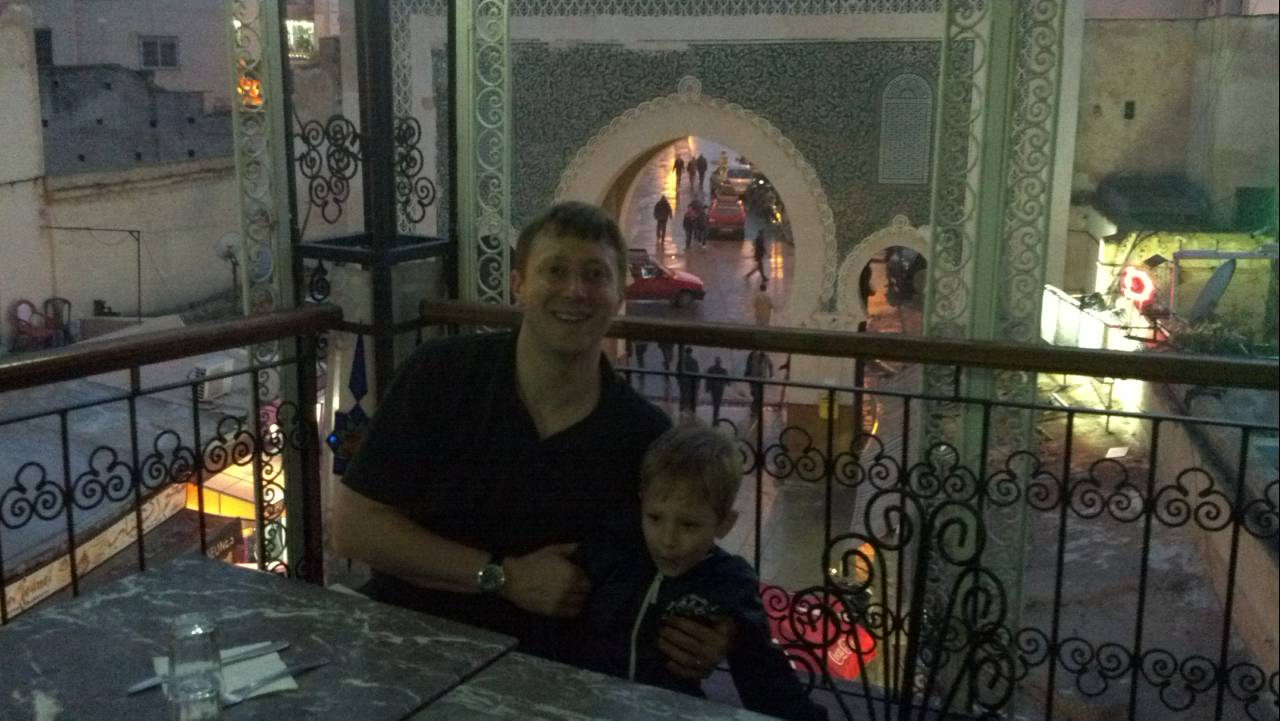 In case you followed along, yesterday was four animals ridden and today was four wheeled vehicles. We’re riding a boat back to Spain next week, but I’m guessing airplanes or cars are eventually going to win out.