We left Sintra today after a great couple of days exploring this historic town about 30 minutes outside of Lisbon. As you can see from the picture below, the entire place is gorgeous, which is why the whole town has been named a World Heritage Site. 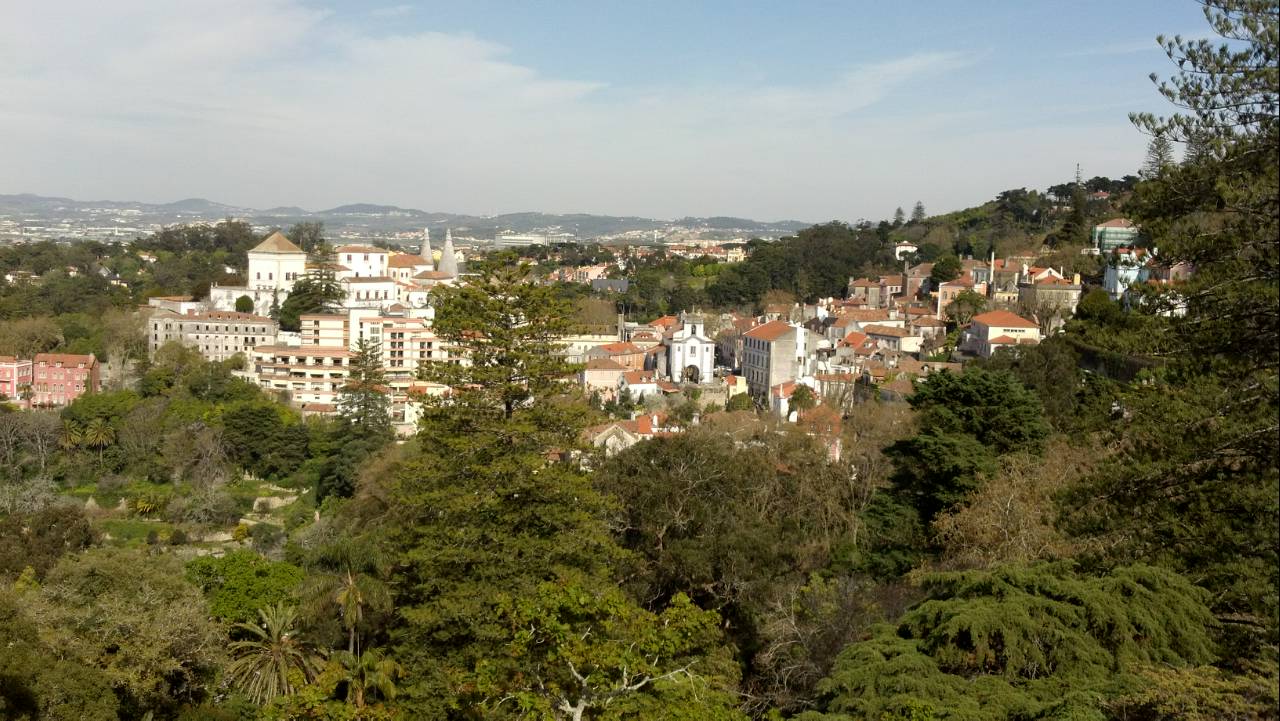 Because of it’s beauty and status, naturally there are a lot of tourists there. Also, a lot of people that cater to tourists. HT, who Karen likes to describe as an “extreme extrovert” naturally ate this situation (having two groups of people inclined to talking to strangers, not to mention really cute and outgoing preschoolers) up. Here’s a sample of some of the things heard in the little downtown of Sintra over the past couple of days.

“I’m Captain America and I’m going to STOP the Red Skull!” (said to anyone that would listen.)

The latter phrase took on additional depth when we visited one of the sites just out of town–in addition to being a retreat for Portuguese royalty, Sintra over the years has also been a place really rich merchants have flocked to in order to cement their newfound status and rising social class with really outrageous construction projects. The site in question had a huge main house (the “grey castle where the Red Skull is hiding and I going to get him!”) and then a fantastic set of grounds that might have been designed by a kid a little older than HT. I say this because it was covered by decorative towers, parapets, and guard posts designed more for fun than for function, the coolest of which is shown here: 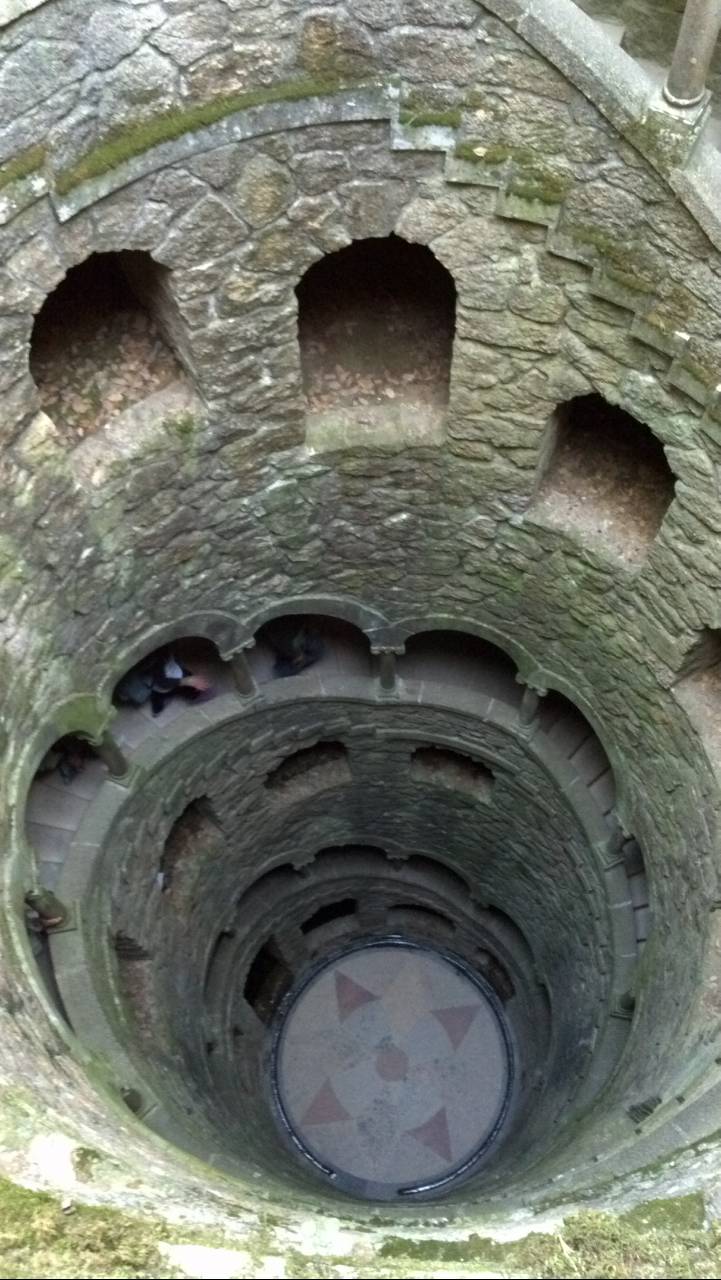 This huge tower looks pretty neat, but the coolest thing about it is how it’s accessed. At the top, you enter via a hidden swinging door that looks like a flat wall of one of the guard posts when turned the other way. In the middle and bottom, access comes via a network of caves–one through the back of a statue, the other hidden behind a waterfall (accessed via a set of stepping stones in a pond.) HT spent about an hour dragging us through the different parts of the “cave castle.” We didn’t mind.

At the very top of the hill overlooking town is an old, old castle left over from when the Moors were occupying Spain and Portugal and a more recent palace that Portuguese royalty used as a summer retreat. It rained most of our second day while we were visiting these two sites, but here are Karen and CR peering out from the palace during a spot of sun: 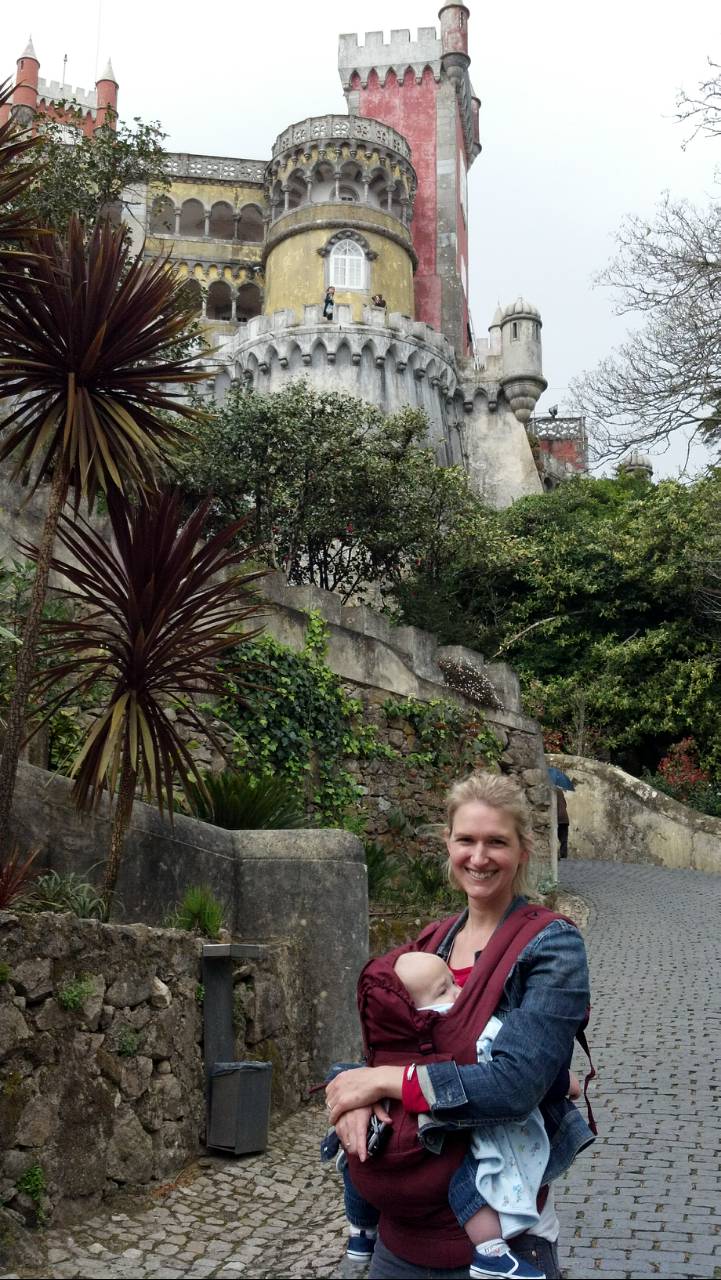 Finally, and a little randomly, here’s a picture of CR smiling during one of our meals. Even though you don’t see it from the other pictures, this is more or less his natural state. While we don’t know yet whether he’ll be as outgoing as HT, he’s definitely a pretty big flirt in his own right. 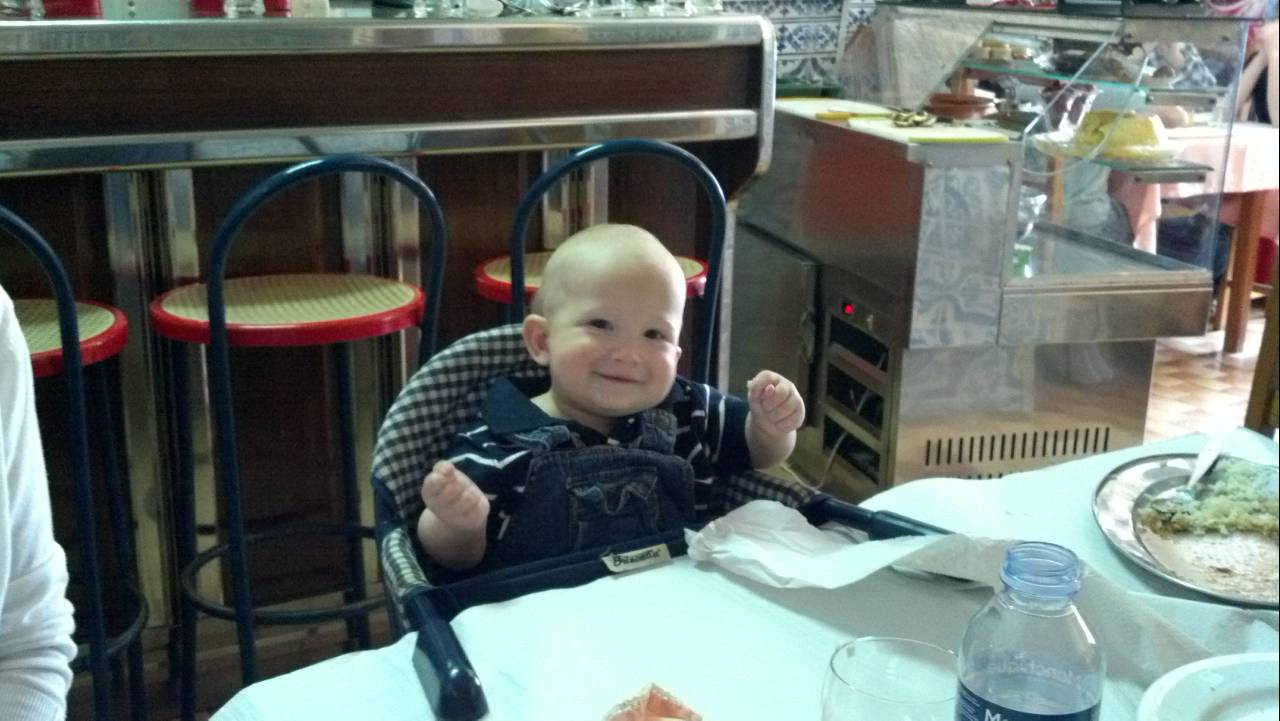