f you might recall, it was early September that I posted pictures of the demolition of the back of our house.  One might reasonably expect almost 6 months to be plenty of time for an addition.You’d be wrong.  They’re still working on it.  We’ve now given up on dusting and adopted a strategy of really, really, really hoping they’ll be done in the next month or so.In parallel to the big massive 2 story addition we’re doing off the back of the house, we thought this would be a fun time to re-finish our basement (it came finished, but the last owners didn’t think a sump pump would be helpful, so the carpet flooded a half dozen times.)  After talking my parents to spend the better part of the Christmas break tiling, I’m proud to say we’re now more or less done with all of the basement work!  (We’re very proud, but never, ever, tiling a floor again.  As much as contractors are annoying me right now, they’re worth the money.)  Here are 2 before shots and 1 after shot (my dad and I tore off the bottom half of the drywall and studs so we could have a drain trench put in): 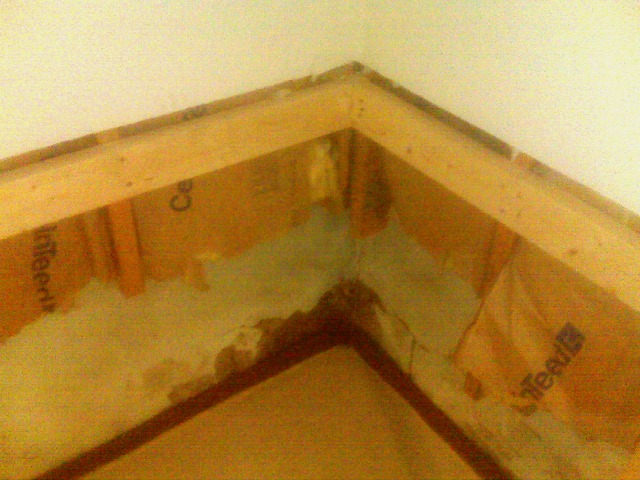 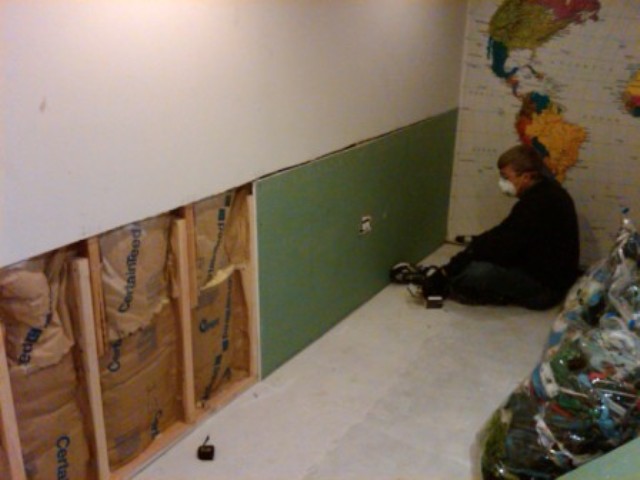 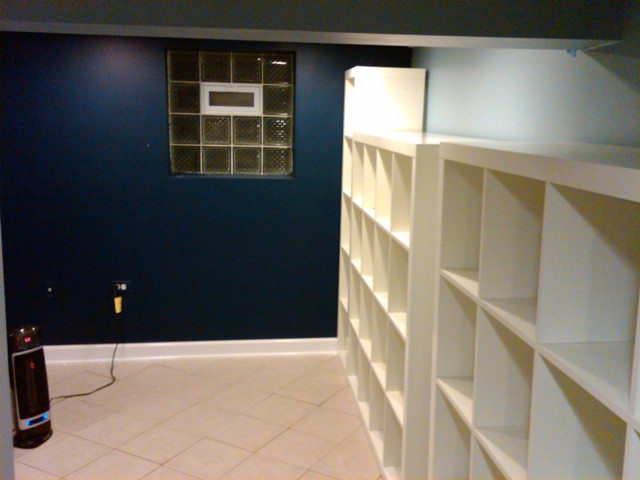 They just tore off the back of my house!