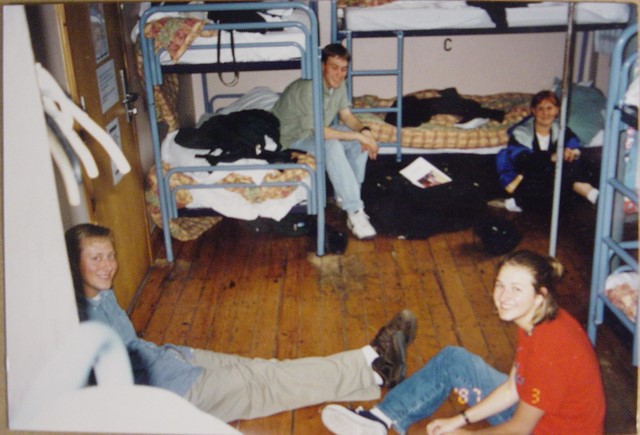 This past week has marked a couple of pretty big milestones for me, which is nice because they really belong together.  Ten years prior to Wednesday, I met my wife, Karen, at the youth hostel we were both staying at in Dublin, Ireland.  That’s us on that day with my brother Paul (who I was traveling with at the time) in the upper left.  I’m still filled with wonder that I could meet the woman of my dreams in such a chance way, and that we could end up together through it all.  When we met, I was about to start work in Northern Virginia and she still had 3 more years of college in Texas.  Somehow we stayed connected over the time and distance, and when I moved to Chicago for my MBA she followed me here.  We got engaged when I was on exchange in India (see picture below) in the Spring of 2004.

Which is appropriate because the second great love of my life has been travel, which is something we’ve been able to share throughout our entire relationship (most notably in 2006 when we visited 19 countries together.)  In fact, with a last minute, one day trip last week to Amsterdam, I’ve now visited 50 countries at least once.  Karen has been by my side for at least half of them (she’s at about 44 for her own count, which is better since she’s 3 years younger than me.)  Because I’m a nerd and I keep all these stats in a spreadsheet, here are a few facts:

The third great love of my life is of course Henry, but he shows up enough on the rest of this blog for you to get a good enough idea of how cool he is.  (He’s at 2 countries now, but we’re playing to add 4 more pretty soon.) 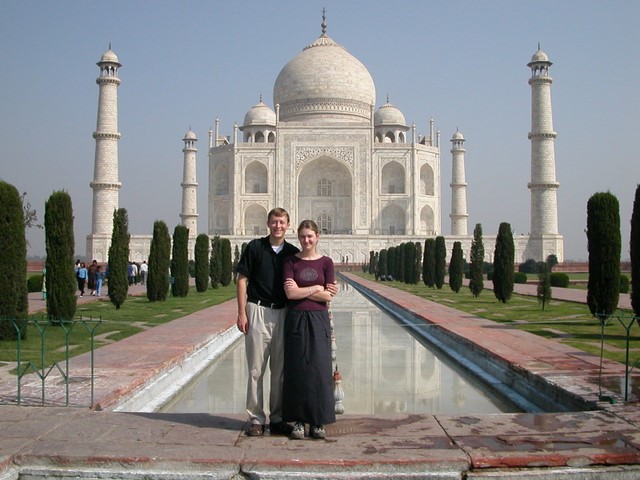 “Save your soul by saving theirs”

Henry, not so sure about Grandpa’s food in Beijing